Enterprise software company MicroStrategy (NASDAQ:MSTR) reported its first-quarter results after the market closed on April 30. Currency contributed to a steep revenue decline, which pushed the bottom line into negative territory despite a slowdown in spending growth.

MicroStrategy expects to reduce spending and boost margins this year. The next three quarters will need to look a lot better than the first quarter for that to happen. 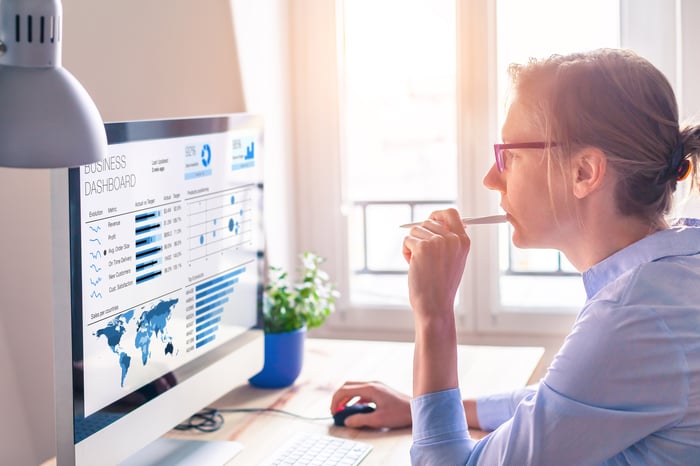 MicroStrategy CFO and COO Phong Le explained during the earnings call that spending growth will be slower this year:

Turning to costs, we've transitioned from a period of significant investment to a focus on leveraging those investments to generate revenue growth and driving efficiencies across the organization. This is evident in our total operating expenses of $99.6 million, which grew only 3% year over year. While we continue to invest in our R&D efforts, we expect to see sales and marketing and G&A expenses flat and/or decrease as a percentage of revenue in the balance of 2019.

One, 13% constant currency growth in product licenses revenues year over year in Q1 2019. We believe this increase reflects momentum in our business and the positive impact of the investments we've made in the business in 2018. ... Two, 0% constant-currency change in product support revenues year over year in Q1 2019. ... We continue to see industry-leading renewal rates and do not believe the flat constant-currency product support revenue in Q1 2019 is indicative of the future performance of this revenue component.

Despite a revenue decline in the first quarter, MicroStrategy still expects to grow revenue on a constant-currency basis for the full year. The company is also aiming to reduce its operating expenses and boost margins. Other than services revenue growth, the company is on track to hit those targets, according to Le.