Please ensure Javascript is enabled for purposes of website accessibility
Log In Help Join The Motley Fool
Free Article Join Over 1 Million Premium Members And Get More In-Depth Stock Guidance and Research
By Dan Caplinger – May 1, 2019 at 11:21AM

The engineering and scientific tool specialist made analysts nervous, but profits were better than expected.

It's often a mistake to focus too much on the immediate share-price reaction that a company's stock has immediately after earnings. For National Instruments (NATI 0.76%), an analyst downgrade was largely responsible for a big drop in its stock on Wednesday morning, but the decline led to some investors assuming that the provider of measurement and testing tools for scientists and engineers had seen poor results when it reported its first-quarter financial results late Tuesday.

Yet that assumption would have been largely incorrect. Coming into Tuesday's first-quarter financial report, many National Instruments investors were looking for modest gains in revenue and flat earnings from year-ago levels. A sales shortfall spooked analysts, but better-than-expected earnings and guidance for more of the same in the future shouldn't have been bad news for long-term investors in the company. 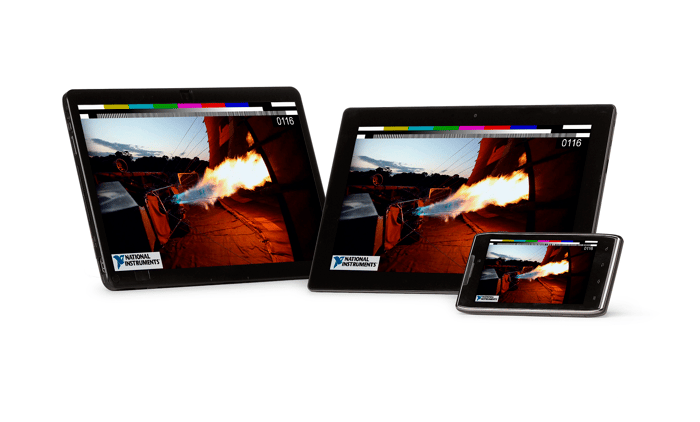 National Instruments' first-quarter results were mixed in many investors' eyes. Revenue of $311 million was flat from year-ago levels, falling short of the 3% growth rate that those following the company had expected to see. Yet adjusted net income climbed 21% to $40 million, and the resulting $0.30 per share in adjusted earnings dramatically outpaced the $0.18-per-share consensus forecast.

It was evident that part of the reason for NI's shortfall was related to order timing issues. The company said that order backlog rose $10 million during the period due largely to timing and mix of orders -- an amount that just happened to coincide with the revenue shortfall for the quarter. In addition, the strong dollar cost National Instruments about 2 percentage points of revenue growth.

NI's order flows were consistent with what we've seen in the recent past. Large orders of more than $20,000 saw a 6% rise, with increases in demand for entire systems for customers. Yet smaller orders under $20,000 were down 6%, leading to a 1% overall gain in order counts.

Geographically, sales results were strongest in the Asia-Pacific region, where revenue climbed 3%. The Americas segment also produced modest top-line growth of 2%, but the company's European region saw a 6% decline. Negative currency impacts hurt segment sales figures by 3 percentage points in Asia and Europe and by 1 percentage point in the Americas.

CEO Alex Davern put things succinctly. "I am proud of the team's execution in the first quarter," Davern said, "despite the weakened industrial economy, especially in Europe." The CEO pointed to record adjusted net income for any first quarter in NI's history as particularly encouraging.

Can NI keep growing its profit?

NI's strategy remains the same, and its executive team is optimistic about its prospects for success. As CFO Karen Rapp explained it, "We remain focused on key industries where we believe our platform is best suited to take advantage of major technology disruptions." Davern thinks that NI's long-term strategy should allow it to see record earnings for the full year.

The guidance that National Instruments gave for the second quarter had a similar focus on bottom-line strength but fell short on revenue. The company believes that it will see sales of $326 million to $356 million for the quarter, which compares less than favorably to the consensus forecast among investors for $347 million. Yet NI sees adjusted earnings of $0.28 to $0.42 per share -- far above the current predictions from investors for $0.24 per share.

Yet analysts were still spooked by the results. Deutsche Bank cut its rating on the stock from buy to hold, reversing its October 2018 upgrade. Analyst Vijay Bhagavath had asked during the conference call about how to assess NI's various regional businesses, and it appears that Davern's answer pointing to the downward trend in Europe contributed to the reasoning for the downgrade.

The downgrade made National Instruments investors concerned, and the stock dropped 10% on Wednesday morning following the late-Tuesday announcement. Yet if NI can continue to boost its profits in the way that it expects going forward, then the strength of its fundamental business should shine through in the long run.