Please ensure Javascript is enabled for purposes of website accessibility
Log In Help Join The Motley Fool
Free Article Join Over 1 Million Premium Members And Get More In-Depth Stock Guidance and Research
By Daniel Miller - May 1, 2019 at 12:36PM

Increases in revenue and customer base have the company sitting pretty.

Shares of Nu Skin Enterprises (NUS 3.70%), a direct-selling health and beauty company with a product portfolio that includes anti-aging skin products, peels, scrubs, masks, and moisturizers, among many others, are soaring more than 27% Wednesday morning after the company released strong first-quarter results.

Nu Skin reported a 1% increase in revenue to $623.6 million, which topped analysts' estimates that called for $615.4 million. When adjusted for constant currency, it was 7% growth compared to the prior year's first quarter. The company's earnings per share was more impressive, with a 20% year-over-year gain to $0.77 during the first quarter, well ahead of analysts' estimates of $0.71 per share. "We were particularly pleased with local-currency revenue growth in nearly all our reporting segments, highlighted by 12 percent growth in Mainland China and 5 percent growth in Southeast Asia, or 6 percent and 2 percent on a reported basis, respectively," said Ritch Wood, CEO of Nu Skin Enterprises, in a press release. 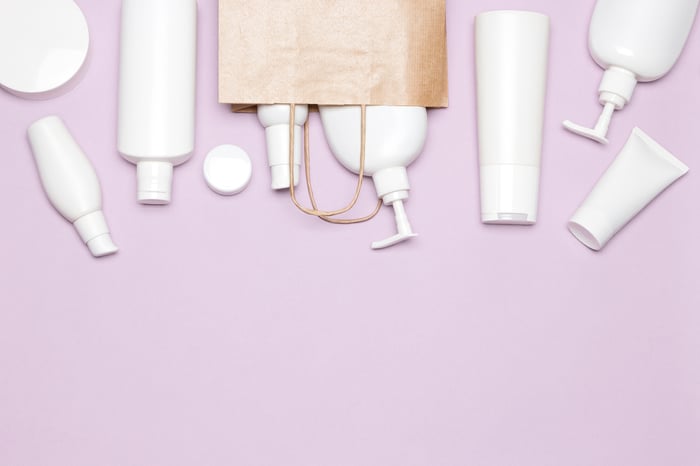 With a strong start to the year, management's focus will remain on executing its growth strategy by increasing productivity through new technologies aimed at supporting sales leaders, expanding its product lines and global beauty device systems, and optimizing its sales compensation program. There's reason to believe those efforts are gaining traction: Nu Skin grew its customer base by 10% during the first quarter. Management now expects full-year revenue to check in between $2.76 billion and $2.81 billion and earnings per share to be between $3.80 and $4.05 per share.

Why Shares of Nu Skin Enterprises Are Crushing the Market Today