Here's a look at the headline numbers that have traders feeling giddy:

The upbeat results allowed management to revise its guidance for the full year:

Traders are cheering the better-than-expected quarterly results and revised guidance. 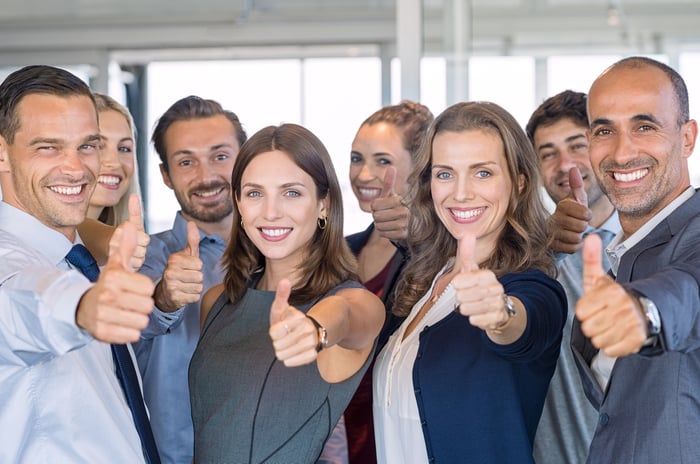 Today's pop should provide some relief to CVS Health's long-suffering bulls. This company's stock has been in steady decline since the middle of 2015, and has fallen by double digits since the start of the year. That's a bitter pill to swallow, considering that the S&P 500 has been pushing higher over the same time frame.

CVS Health's management team promised that the acquisition of Aetna would help drive sustainable profit growth over the long term. Now that the deal is done, it's up to management to deliver on those promises. This earnings report is certainly a good start, but there's still a long road ahead if the company hopes to one day get back to hitting all-time highs.