Please ensure Javascript is enabled for purposes of website accessibility
Log In Help Join The Motley Fool
Free Article Join Over 1 Million Premium Members And Get More In-Depth Stock Guidance and Research
By Jeremy Bowman – Updated May 1, 2019 at 1:08PM

Shares of the hotel-booking specialist got hammered after revenue tumbled in its first-quarter earnings report.

Shares of Trivago (TRVG -1.65%) were taking a dive today after the hotel meta-search company said in its first-quarter earnings report that revenue fell sharply. Though a decline in revenue had been foreseen, as the company has scaled back marketing spending, the sales slide was greater than expected. As a result, the stock was down 8.4% as of 11:39 a.m. EDT.

Trivago said revenue fell 19.5% in the quarter to 208.8 million euros, or $234.8 million, badly missing estimates at $266.8 million. That decline came as the company slashed selling and marketing spending by 36.5% to $183 million, which helped drive overall profitability and efficiency. 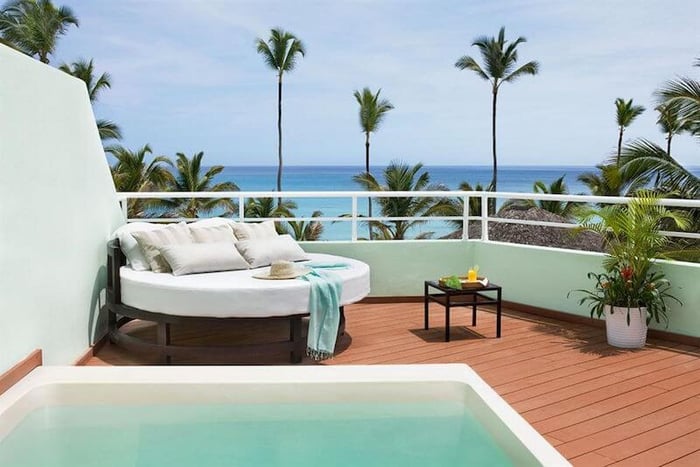 Qualified referrals, or the number of clicks on Trivago's site to bidding partners like Booking Holdings and Expedia, fell 32% to 129.3 million, but revenue per qualified referral increased 18% to $1.79 as the company made improvements to its platform like giving customers more information up front to reduce the click-out rate.

Return on advertising spend improved from 108% to 137%, a further sign of efforts to optimize the platform, and that drove an adjusted EBITDA profit of $23.4 million, reversing a loss of $24.5 million from the year before. On a per-share basis, the company delivered a profit of $0.03 per share, up from an $0.07 loss the year before and beating estimates by a penny.

CEO Rolf Schromgens said, "Our strategy is already delivering tangible results with a significant improvement in traffic quality as we continue to increase marketing efficiency and optimize our product," and he noted the quarterly profits and improvements in the platform.

In its guidance, Trivago said that revenue and advertising expenses would continue to decline in the second quarter, but increase in the second half of the year as the company laps the beginning of its marketing optimization strategy a year ago. Trivago also maintained its full-year adjusted EBITDA guidance of $56 million to $84 million for the year.

While the company is continuing to take steps toward profitability, investors are understandably disappointed by the sharp drop in revenue. The real test for Trivago's strategy should come in the second half of the year as the company sees revenue returning to growth.