Please ensure Javascript is enabled for purposes of website accessibility
Log In Help Join The Motley Fool
Free Article Join Over 1 Million Premium Members And Get More In-Depth Stock Guidance and Research
By Matthew Frankel, CFP®, Dan Caplinger, and Matthew Cochrane - Updated May 2, 2019 at 9:11AM

These banks could be bargains in an otherwise expensive stock market.

With a strong economy, lower corporate tax rate, and the potential for deregulation in the years ahead, it's a good profit environment for banks. However, the banking sector has underperformed the market in recent times, setting up some good bargains for long-term investors. Here's why three of our Motley Fool contributors think you should take a look at Goldman Sachs (GS -0.45%), JPMorgan Chase (JPM -0.82%), and First Interstate BancSystem (FIBK 0.51%) right now.

Matthew Cochrane (Goldman Sachs): For investors willing to be patient and look past short-term headwinds and noise, I believe Goldman Sachs Group represents an excellent opportunity to realize market-beating returns in the years ahead. To be sure, its first-quarter earnings were far from inspiring. The investment bank's revenue fell to $8.81 billion, a 13% decrease year over year, while earnings dropped to $5.71, a 17.8% decrease from last year's first-quarter total. The bank's stock price is also under continuing pressure from a failed bond fund in Malaysia. 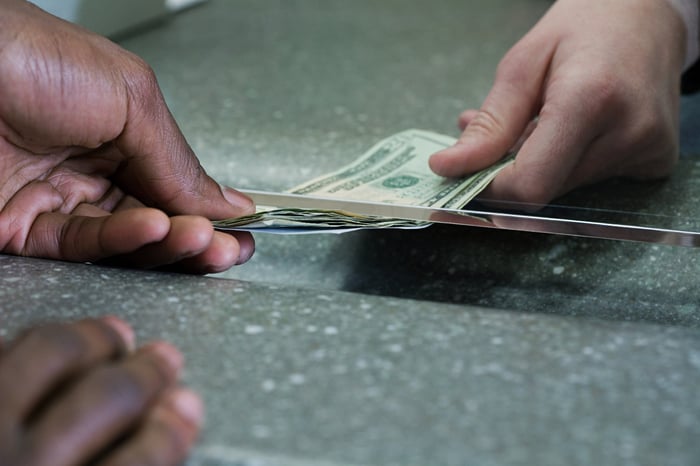 It's not for its present condition, however, that I think Goldman Sachs makes for a good long-term investment, but its future growth opportunities. It starts with Marcus by Goldman Sachs, a digital bank for consumers that now offers online savings accounts, CDs, and personal loans, and will soon offer additional tools for wealth management. In the company's conference call, Goldman Sachs management claims it is targeting large total addressable markets where capturing large market share isn't necessary to be relevant and where pain points are often experienced by the consumer. Goldman Sachs is also partnering with Apple on its upcoming credit card, moving into another large consumer market where it previously had no presence.

As Goldman Sachs moves into new markets and leverages technology to cut costs, the investment bank trades at a P/E ratio just under 8.5, making this stock look like an attractive opportunity for investors.

Just when you think they can't get much better

Matt Frankel, CFP (JPMorgan Chase): JPMorgan Chase has been the undisputed best-in-breed big U.S. bank for the past few years. There's simply no other institution in the "big four" that can come close to its profitability, and the bank continues to grow impressively.

The recently released first-quarter results from the bank look extremely impressive. JPMorgan Chase produced a 16% return on equity (ROE) for the quarter -- keep in mind that 10% is the industry benchmark and numbers like 16% have generally been achievable only for online banks with no physical branches to pay for.

Not only was profitability strong, but the bank's growth has been impressive throughout its business. Credit card sales jumped 10% year over year, and investment banking revenue soared by 44% from a year ago to a record high for the bank. Most impressively, advisory revenue surged 12% and debt underwriting revenue grew by 21%, and many other banks saw their numbers decline in both areas.

While price-to-earnings isn't the only way to evaluate bank stocks, the fact that JPMorgan Chase trades for just 11.2 times expected 2019 earnings seems ridiculously low. Furthermore, the bank's price-to-book ratio is actually on the low end of where it's been over the past year or so. 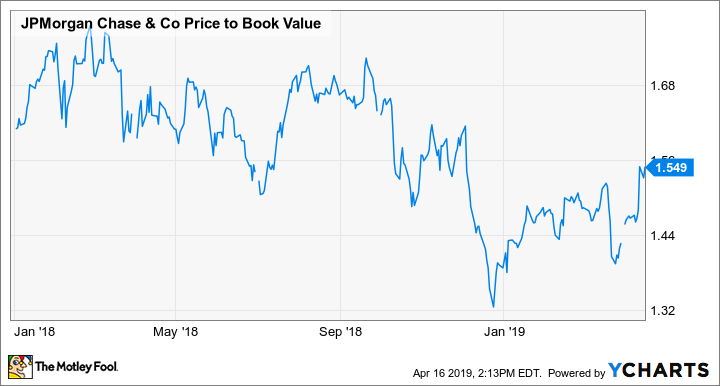 To sum it up, JPMorgan Chase is a tremendous banking institution, and the company's growth and profitability are not fully reflected in the stock price.

Since then, First Interstate has expanded dramatically, spreading across the Pacific Northwest to add exposure within Washington, Idaho, and Oregon as well as South Dakota. Assets have grown to more than $12 billion, and First Interstate has taken advantage of improving conditions across its geographical region to make target acquisitions of smaller financial institutions. That's helped make the Billings, Montana-based bank the go-to institution in the Northern Rockies.

Regional banks prosper or struggle based on the economic conditions in the areas they serve, and First Interstate has been fortunate enough to benefit from an area that's seen tremendous growth. With a rich mix of natural resources, tourist destinations, and big business driving commercial activity, these areas offer First Interstate a great place to keep benefiting from its long-term strategy to become the region's most important bank.