Please ensure Javascript is enabled for purposes of website accessibility
Log In Help Join The Motley Fool
Free Article Join Over 1 Million Premium Members And Get More In-Depth Stock Guidance and Research
By Leo Sun – May 2, 2019 at 7:27PM

Mattel (MAT 0.74%) took investors on a wild ride earlier this year. A big earnings beat in February catapulted the stock within reach of its 52-week high, but downbeat guidance during its analyst day later that month spooked the bulls.

However, Mattel recently revealed a new catalyst for its long-term growth -- the expansion of its global licensing agreement with Disney (DIS 2.97%) to produce more toys and products based on Pixar films. 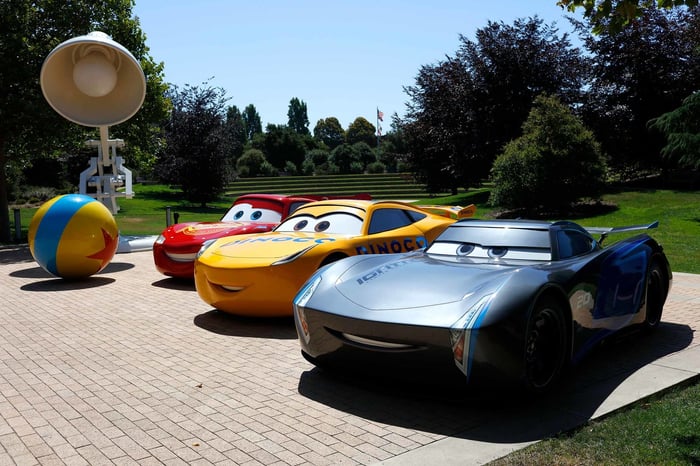 Mattel already holds licenses for Pixar's Toy Story and Cars franchises. The new deal, which starts in May 2020, grants access to Pixar's portfolio of old and new films, including Finding Nemo, Monsters, Inc., The Incredibles, Coco, and the upcoming film Onward.

What happened to Mattel?

Mattel's revenue declined 8% last year, due to the liquidation of Toys R Us, poor sales in China, and sluggish demand for its Fisher-Price, Thomas & Friends, and American Girl products.

Mattel reaffirmed that outlook in the first quarter. During that period, Mattel's sales slid 2% annually as strong sales of Barbie and Hot Wheels products failed to offset its ongoing declines at Fisher-Price, Thomas & Friends, and American Girl. But on the bright side, its gross margin expanded and its net loss narrowed.

A rocky relationship with Disney

Mattel once held the lucrative license for producing Disney's princess products. However, Disney signed the license over to Hasbro (HAS 2.31%) after the deal expired in 2016.

That loss dealt a devastating blow to Mattel, which generated an estimated $500 million in annual sales (9% of its 2015 revenue) from its Disney princess products. It also coincided with a downturn in the Barbie business. Mattel eventually revived the Barbie segment by adding more body types, ethnicities, hairstyles, and outfits, but it still struggled to fill the gap left by the loss of Disney's princess license. Disney's Pixar products could help Mattel win back some of those lost consumers.

Hasbro also still holds the licenses to Disney's Marvel and Star Wars franchises, which both expire in 2020. Hasbro hasn't renewed those deals, and it's sparking speculation that Mattel could take over both licenses. Mattel lost a large portion of its DC Comics licenses to Spin Master in the past year, so gaining Marvel or Star Wars could fill that void.

I'm not saying Hasbro will lose its Marvel and Star Wars licenses to Mattel. However, Disney and Mattel's start date for the Pixar deal in 2020 sounds like a warning shot, and indicates that the House of Mouse might be interested in signing those two megafranchises over to Mattel. 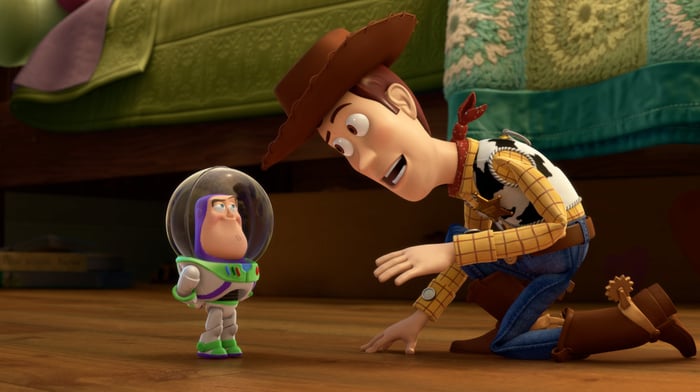 But would Disney choke Mattel?

Hasbro might be hesitant to renew its licenses with Disney due to concerns about rising royalties. Disney reportedly charges Hasbro 20% to 25% royalty rates to license its Star Wars and Marvel properties.

However, Mattel's near-term plan focuses on improving its gross margins and generating profits again. Signing high-royalty deals with Disney seemingly contradicts that cost-cutting strategy, but the top-line benefits might offset the bottom-line pain.

Mattel didn't disclose the terms of its deal with Pixar, but the royalty rates are likely comparable to Hasbro's terms for Star Wars and Marvel.

During last quarter's conference call, Mattel chief operating officer Richard Dickson stated that he was "extremely bullish on Toy Story 4 both from a product and story perspective." Mattel will launch its Toy Story 4 toys ahead of the film's premiere this June, and its success could bode well for the launch of more Pixar products next year.

The Pixar deal won't move the needle for Mattel this year, but it could reduce its dependence on Hot Wheels and Barbie and widen its moat against Hasbro next year. It also indicates that Disney might be ramping up pressure on Hasbro to renew its Star Wars and Marvel licenses -- and that Mattel might still have a shot at landing those lucrative franchises.