Please ensure Javascript is enabled for purposes of website accessibility
Log In Help Join The Motley Fool
Free Article Join Over 1 Million Premium Members And Get More In-Depth Stock Guidance and Research
By Tyler Crowe - May 2, 2019 at 9:03PM

The company seems poised for lots of growth in 2019 with some big projects underway, but it looks questionable beyond that after a series of pipeline cancellations.

Magellan Midstream Partners (MMP 1.48%) surprised a few investors during the fourth quarter when it announced it was canceling a proposed pipeline project in the Permian Basin. It was a relatively small project, though, so at first, it didn't seem like a big deal.

Now that the company has canceled a second, much larger project, it makes one wonder why Magellan is backing away from one of the most in-need segments of the oil and gas value chain.

Here's a quick look at Magellan's most recent quarter and how management plans to respond to this recent spate of project cancellations. 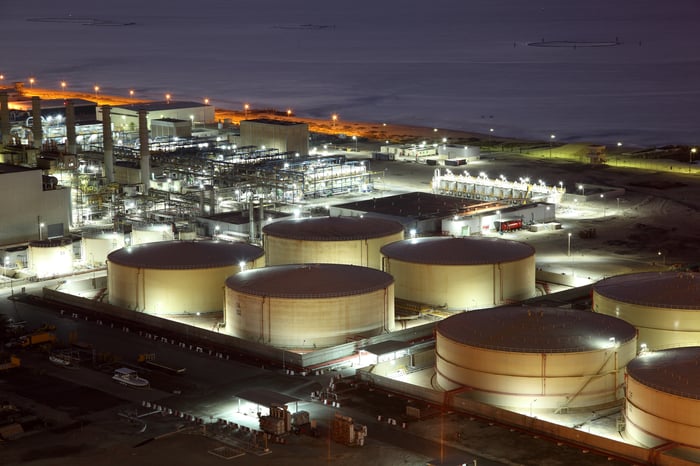 Even though revenue and net income were down compared with this time last year and down considerably from the first quarter, much of those declines were connected to fair value accounting related to some of its inventories of products and some of its contracts.

They really had no impact on what matters at Magellan, which is cash flow. The company's distributable cash flow increased 23% versus this time last year thanks largely to new assets coming on line in its crude oil segment. The fact that growth came from there is even more surprising considering that it sold a portion of its stake in the BridgeTex crude oil pipeline last year. 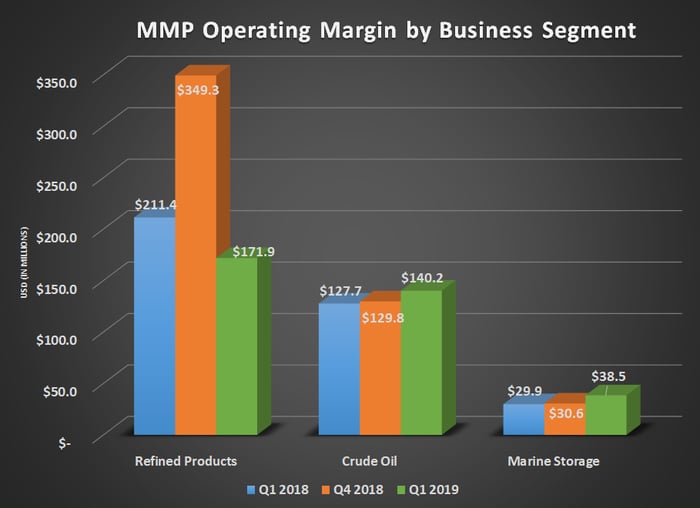 Magellan's decision to back out of these recent projects seems strange when the rest of the industry can't seem to sanction projects fast enough. The amount of projects that Magellan has said "no" to lately is enough to make some investors wonder what the company's growth pipeline will look like at the end of this year. On the company's conference call, CEO Michael Mears addressed this question directly:

As you may be aware, our expansion capital spending estimates no longer include the PGC [Permian to Gulf Coast] joint venture pipeline out of the Permian. We made a public statement in late March indicating that due to the competitive and dynamic environment within the Permian, we believe it is unlikely that the stand-alone project initially announced eight months ago will proceed. While this development is unfortunate, we continue to firmly believe the capital discipline is the foundation of Magellan's long-term success.

Some investors have expressed concern as to what new projects will fuel Magellan's next wave of growth beyond 2020. I can assure you that we remain very active evaluating other potential expansion opportunities, still totaling well in excess of $500 million to cover a variety of refined projects, marine, and crude oil infrastructure opportunities. Our project backlog contains many smaller scale, high-return projects, but we are also evaluating a number of large-scale opportunities that hopefully we can discuss over the next few months.

You can read a full transcript of Magellan Midstream's conference call here. 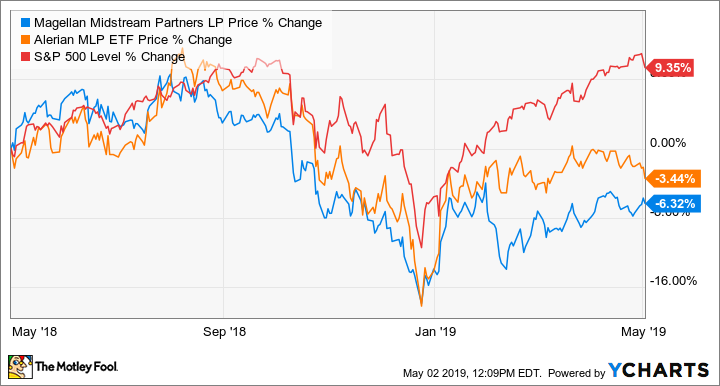 2019 was already set to be a crazy year for Magellan because of its massive capital spending program. Even after pulling out of the PCG pipeline and reducing capital spending by $200 million, 2019 is still slated to be the largest capital commitment in a single year by a long shot.

With Magellan's analyst day coming up soon, it's not hard to imagine management announcing a slew of new projects for 2020 and beyond to make up for losing those two recently canceled projects. With oil and gas production showing no signs of slowing down anytime soon, there are bound to be plenty of opportunities that meet management's requirements for rates of return. So be on the lookout over the next few months for any announcements of new projects.