Marathon Oil (NYSE:MRO) delivered solid production results during the first quarter thanks to good well productivity across all four of its U.S. shale plays. That set the stage for the company to generate a gusher of profitability and cash flow during the quarter as it benefited from higher oil prices and its ability to drive down costs. That kept the oil producer on track with its forecast.

Marathon's production came in slightly below the midpoint of its guidance range during the first quarter, due to the impact extreme weather conditions had on its U.S. drilling operations. Production in the U.S., however, did rise 6% compared to the prior-year period, while high-margin oil output surged 11%. 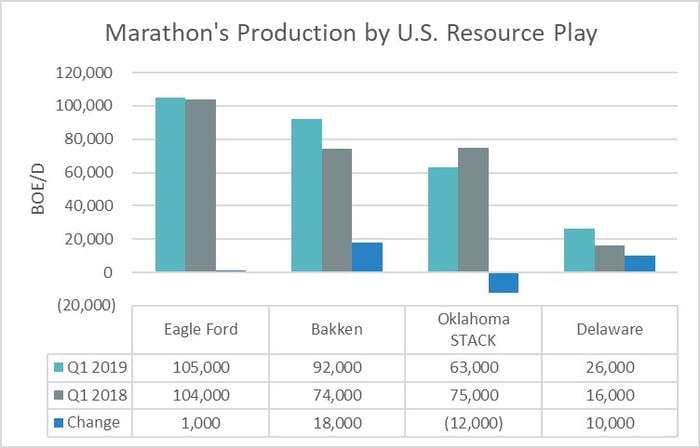 Marathon Oil continues to manage its Eagle Ford shale assets to generate cash flow by keeping production relatively flat. The company produced good results from new wells while driving down costs, which have fallen 15% in the past year.

The lone laggard during the quarter was Oklahoma, where output dropped compared to last year's first quarter. That's due in part to timing, as the company brought 16 of its 18 wells online toward the end of the quarter.

Marathon did an exceptional job managing costs, with U.S. unit production expenses falling 12% compared to the year-ago period. That enabled the company to generate stronger-than-expected profitability and cash flow. Overall, Marathon produced $80 million in free cash after funding its capital budget and dividend. The company used that money to repurchase another $50 million of its shares. 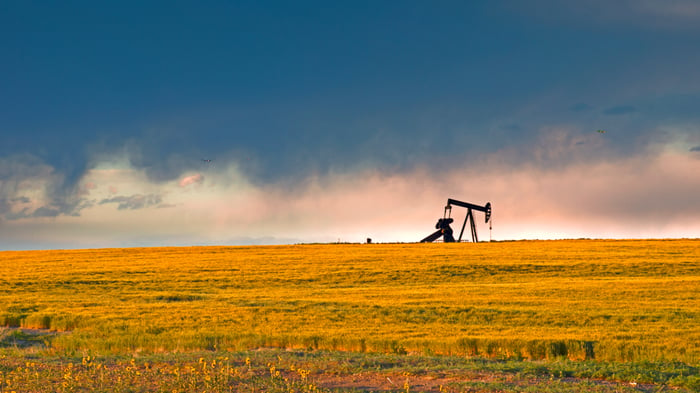 Marathon Oil expects its U.S. production to surge during the second quarter. The company sees total U.S. output rising to a range of 310,000 to 320,000 BOE/D more than the first quater. That keeps the driller on track with its full-year forecast to grow its U.S. oil production by 12%. Further, the company's $2.4 billion capital budget remains unchanged.

The oil company continued paring its portfolio of noncore assets during the quarter. It sold its U.K. business, which will eliminate the roughly $950 million that it would have eventually needed to spend on retiring the assets when they stop producing oil.

The shale-focused strategy is paying dividends

Marathon Oil has slowly been selling off assets to focus its attention on its four high-growth, high-margin shale plays. That strategy continues to pay off, enabling the company to deliver strong earnings and cash flow. The company currently remains on pace to produce more than $2.2 billion in free cash over the next two years, assuming oil averages around $60 a barrel.