Please ensure Javascript is enabled for purposes of website accessibility
Log In Help Join The Motley Fool
Free Article Join Over 1 Million Premium Members And Get More In-Depth Stock Guidance and Research
By Danny Vena – May 2, 2019 at 6:45AM

Adaptive sound quality adjustments are just the latest in a long list of AI advancements for the streaming service.

Looking back at the history of Netflix (NFLX -1.78%), one thing becomes clear: The company's roots in technology have long been one of its biggest advantages. Its recommendations engine was one of the first in a long line of intelligent algorithms Netflix has used to stay ahead of the competition.

In a company blog post Wednesday, Netflix announced its latest technological development: an artificial intelligence (AI) algorithm that improves the sound quality of its streaming service. 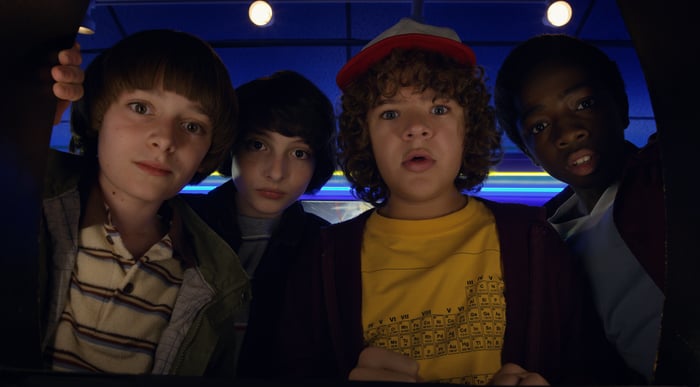 In order to improve the sound of its programming, Netflix just debuted a new feature it calls high-quality audio. The company acknowledged the relatively straightforward name of its tech, saying, "It fits." The technology is based on some of the same AI Netflix uses in its adaptive video streaming process, which mitigates issues caused by low bandwidth, and keeps customers from bumping up against their data caps.

The system uses AI technology known as machine learning, a technique that gives computer systems the ability to learn. Netflix's algorithm can detect the conditions on the network delivering the streaming and adapt to the speed of your internet connection to optimize the quality of the sound and improve the experience for each user. The new system will deliver crisper, more intense, and highly immersive studio-quality sound.

The adaptive nature of the technology will optimize the sound, depending on whether the user is viewing on a system with theater-quality surround sound or merely watching on their mobile phone. No matter the device, users should be able to notice subtle yet discernable differences.

Now Netflix says, "Get ready for a sound experience like never before."

The catalyst for change

The process all began with the Stranger Things 2, the second installment of Netflix's hit series that intricately weaves together horror and a nostalgic look at '80s pop culture. The show's creators, Matt and Ross Duffer, like to sit in a living room and watch the program in order to experience it the same way fans do.

One of the takeaways from that session was that some scenes "didn't sound as crisp as it did on the mixing stage," according to Sara Huddleston, director of post-production of Netflix original series. Even though the difference was barely perceptible to the average listener, Netflix set out to improve the entire process.

That experience led Netflix to develop its new high-quality audio.

Netflix has long been obsessed with the user experience and hasn't been afraid to break the mold in order to make improvements. Early last year, the company re-encoded its entire library, which numbered about 6,000 titles at the time, to provide the highest-quality image while using the lowest amount of bandwidth. This was made possible by a tool Netflix developed called the Dynamic Optimizer.

The system reviews each scene of a program and adjusts the compression, taking into account such variables as lighting, the amount of movement in each frame, and the complexity of the scenery. This groundbreaking system was able to reduce the data necessary to view an hour-long episode from 750 megabits per second (Mbps) to 750 kilobits per second (Kbps) or 1,000 times less data usage.

That might not matter to customers with unlimited data plans, but in countries with low bandwidth or spotty internet coverage, it can make a world of difference. For example, those with 4-gigabyte data plans on their smartphones can watch up to 26 hours of Netflix programming, compared to 10 hours before the changes.

The company's focus on every aspect of the user experience is helping keep more viewers, as its customer additions continue unabated. Netflix produced record subscriber growth in its most recent quarter. At the same time, the stock is up 50% so far in 2019, compared to just a 17% gain for the S&P 500.

Seems Netflix's obsession with the details is paying off for the company -- and its investors.