Please ensure Javascript is enabled for purposes of website accessibility
Log In Help Join The Motley Fool
Free Article Join Over 1 Million Premium Members And Get More In-Depth Stock Guidance and Research
By Brian Feroldi - May 2, 2019 at 10:59AM

Shares plunged after the company reported strong first-quarter results but predicted a profit slowdown ahead.

After management reported first-quarter results and revealed disappointing guidance, shares of FormFactor (FORM -3.11%), an equipment supplier to the semiconductor industry, dropped 12% as of 10:40 a.m. EDT on Thursday.

Here's a review of the headline numbers from the first quarter:

So why are shares falling if the results were good? You can put that blame squarely on management's guidance for the upcoming quarter:

Traders are fleeing the stock in response to the weak guidance. 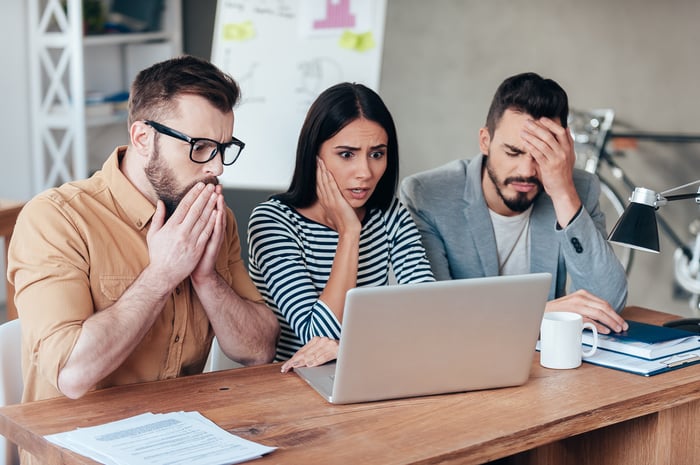 The good news for investors is that FormFactor's results are holding up surprisingly well given the industrial backdrop. On the call with investors, FormFactor's CEO Mike Slessor stated that overall semiconductor capital equipment spending has fallen by 20% or more over the last year. That's a tough situation, so it is actually quite impressive that the company isn't forecasting an even bigger decline.

The bad news for investors is that FormFactor has no control over industry spending patterns, so its financial results will always remain cyclical. That's why I'm happy to focus my time and investment dollars on businesses that can grow like gangbusters even when the macro environment is challenging.