Please ensure Javascript is enabled for purposes of website accessibility
Log In Help Join The Motley Fool
Free Article Join Over 1 Million Premium Members And Get More In-Depth Stock Guidance and Research
By Rich Smith – May 2, 2019 at 2:42PM

An earnings beat and a guidance raise have investors in this grocer feeling optimistic. 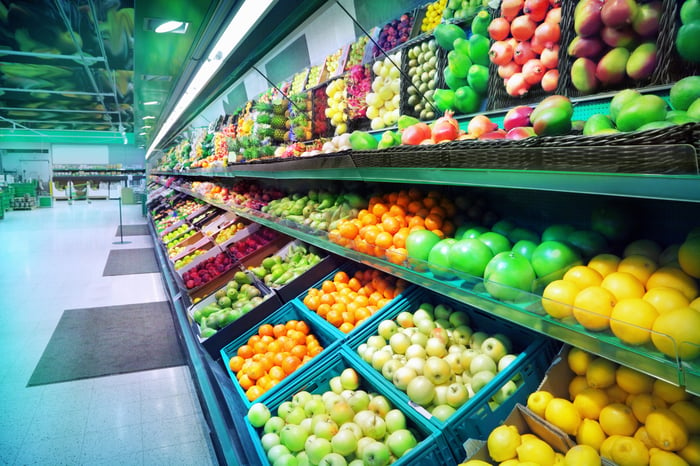 This was a relief -- but perhaps still not great news, which would explain why Sprouts shares are giving up some of their gains as the day wears on. Q1 2019 sales grew 10% year over year, with same-store sales climbing 1.4%. Profits, however, although they beat expectations, slid 8% from the $0.50 per share Sprouts had earned in last year's Q1.

Regardless, Sprouts interim co-CEO Brad Lukow said that based on what he's seeing in terms of "strong new store productivity...and planned continued expansion," he's "raising the bottom-end of our EPS guidance."

By year-end, Sprouts still expects to grow sales 9% to 10.5%, in line with Q1 sales growth. Earnings per share, however, are now expected to come in between $1.18 and $1.24 per share, or $0.02 better than previously expected. Taken at the midpoint, this implies $1.21 per share for the full year, or a penny better than Wall Street has been forecasting -- and suggests Sprouts will continue to beat earnings as the year moves along.

This Grocery Store Stock Is Crushing It