Please ensure Javascript is enabled for purposes of website accessibility
Log In Help Join The Motley Fool
Free Article Join Over 1 Million Premium Members And Get More In-Depth Stock Guidance and Research
By Evan Niu, CFA – May 2, 2019 at 2:54PM

Gross payment volumes and guidance for the second quarter came in short.

Revenue in the first quarter rose 43% to $959.4 million, ahead of the $942.6 million that analysts were modeling for. Gross payment volume (GPV) grew 27% to $22.6 billion, missing the consensus estimate of $22.8 billion in GPV. That all led to non-GAAP earnings per share of $0.11, compared to the $0.08 per share in adjusted profit that the market was expecting. 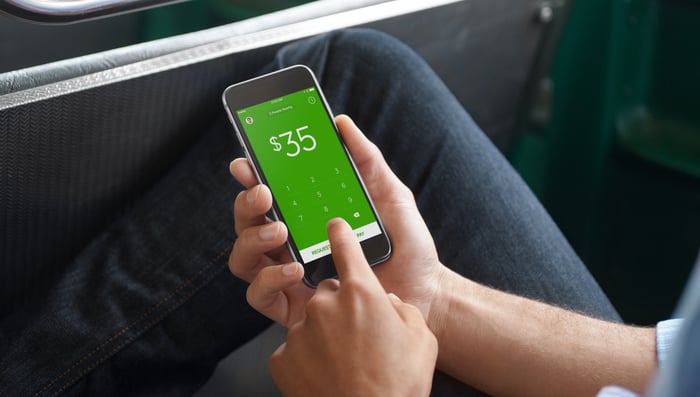 On a GAAP basis, Square lost $38 million, or $0.09 per share. That loss included $14 million in red ink associated with a mark-to-market valuation of Square's investment in Eventbrite, which went public last year.

Square's outlook was mixed. Investors were disappointed with the company's forecast for the second quarter, despite the fact that Square raised its full-year 2019 guidance.

For the second quarter, adjusted revenue is expected to be $545 million to $555 million, which should translate into adjusted EBITDA of $90 million to $94 million and adjusted earnings per share of $0.14 to $0.16. Consensus estimates were calling for $557 million in sales and $0.18 per share in adjusted profits.

Looking further out, Square is raising its full-year forecast and now expects adjusted revenue of $2.25 billion to $2.28 billion, up modestly from its prior outlook of $2.22 billion to $2.25 billion. CFO Amrita Ahuja noted, "The [guidance] increase was primarily driven by outperformance in Cash App as well as continued strength across our seller business."