Please ensure Javascript is enabled for purposes of website accessibility
Log In Help Join The Motley Fool
Free Article Join Over 1 Million Premium Members And Get More In-Depth Stock Guidance and Research
By John Ballard - May 2, 2019 at 7:38AM

The company has shown early signs that it can adapt in order to deliver growth.

Top video game stocks Electronic Arts (EA -0.11%) and Activision Blizzard (ATVI 0.27%) have handily outperformed the broad market in the past five years. That's even after the plunge these stocks have experienced in the past year.

However, investors seem to be the more bullish about Electronic Arts' growth prospects, given that it trades at higher valuation multiples than its biggest rival. Let's explore why investors seem to favor EA and whether the stock's premium is justified. 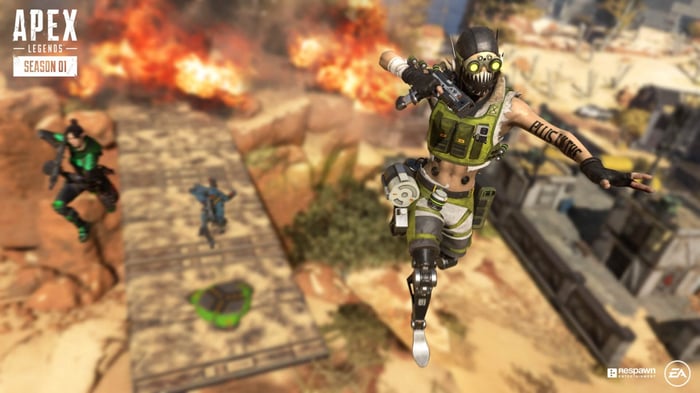 What's so good about Electronic Arts?

First, here's a look at how EA and Activision compare on popular valuation metrics:

In February, the company announced its fiscal third-quarter financial results and released Apex Legends. That title has already reached 50 million registered players, so once it was clear the game was a hit, shares spiked and have been trading at elevated levels ever since.

Apex Legends is off to a fantastic start. Analysts applauded the release of the game, because Epic Games' Fortnite has reached 200 million players. Given its massive player base and popularity, there was concern that Fortnite was dominating gamers' play time. But players have been signing up for Apex Legends at an even faster pace than what Fortnite enjoyed a year ago.

Meanwhile, Fortnite has been a money-printing machine for Epic Games, a studio that's backed by Chinese social media giant Tencent. Last year, it earned $3 billion in profit all from in-game spending, so naturally, investors are very optimistic about the potential for EA to have its own gold mine in Apex Legends.

One Bank of America analyst upgraded Electronic Arts stock in February to a buy rating. That analyst thinks the game has staying power due to the positive response from the gaming community and positive reviews from critics. Other analysts are bullish as well but more reserved about the potential impact the game will ultimately have on the bottom line.

The skepticism stems from the differences between Fortnite and Apex Legends. The former is a pop culture phenomenon. It wouldn't be surprising if years from now, Fortnite was remembered as a staple of this decade, just as 40-year-olds today remember the 1980s for Ghostbusters and Michael Jackson.

Gamers are willing to spend a lot of money on additional content in Fortnite because, well, the content is that good. Fortnite is known for its wacky gameplay -- it offers many different digital items that can be purchased to dress the in-game characters with outlandish outfits. Players can also spend money on humorous character emotes, among other things. The unique nature of Fortnite's presentation and the quirky bent of the game are unlikely to be duplicated with the same success. 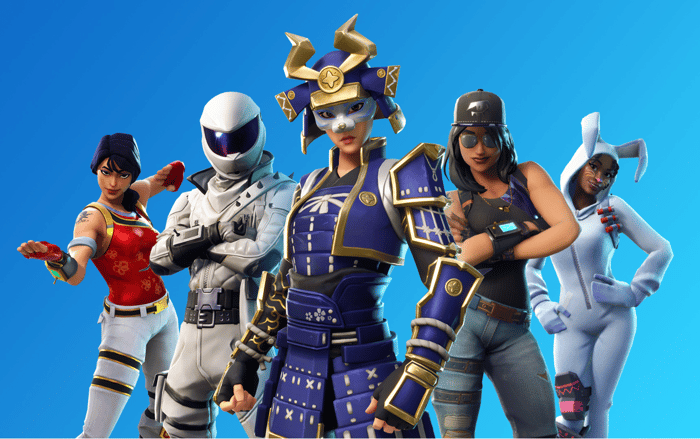 For Apex Legends to match Fortnite's revenue potential, the developers at Respawn (the EA subsidiary working on this title) need to give players a good reason to spend money in the game.

Unfortunately, even management made it clear on the last conference call that it's too early to determine exactly how much revenue the company will generate from this title. To be clear, EA does expect Apex to generate "very profitable revenue." The plan is to turn Apex into a live service game that offers many ways for players to spend money, not to mention the opportunities from spinoff channels like esports.

Given the mix of uncertainty and optimism, management is waiting to see exactly how many players sign up to play and what percentage of those players purchase in-game content before they make any updates to the company's full-year guidance, which currently bakes in very little revenue from Apex Legends.

Is Electronic Arts the top contender in this industry?

Rival Activision has a dedicated battle royale game in Call of Duty: Black Ops 4's Blackout game mode, but the company wants gamers to hand over $60 to play it, which limits Call of Duty's potential as a real battle royale contender. That said, the company may be slowly shifting to the free-to-play model, since it recently allowed users to play Blackout free of charge to attract more players.

Overall, I don't believe investors are assigning a premium to EA simply because of the expectation that Apex Legends is going to be a huge tailwind for the company. However, the early success of Apex shows that EA can adapt its offerings to meet shifting consumer preferences, especially with free-to-play experiences, which gamers have happily embraced. With Twitch viewers spending 57.8 million hours in March watching Apex Legends gameplay, EA is proving it can compete with the Fortnite's of the gaming world.

But I wouldn't buy EA stock because of Apex Legends alone. It's too early to know exactly what financial impact the game will have for the company. We'll know more when EA reports its fiscal fourth-quarter earnings results on May 7th.