Please ensure Javascript is enabled for purposes of website accessibility
Log In Help Join The Motley Fool
Free Article Join Over 1 Million Premium Members And Get More In-Depth Stock Guidance and Research
By Demitri Kalogeropoulos – May 4, 2019 at 11:31AM

CEO Bob Iger and his team have a lot to accomplish as they look out over the next few quarters.

Disney (DIS 0.00%) stock is benefiting from investor enthusiasm right now as Wall Street digests a flood of news about the media giant's changing business. There's no shortage of trends to get excited about today, including stabilization in the pay-TV business, strong results at the box office, new attractions at its parks and resorts, and the upcoming launch of Disney's new streaming video service.

The flip side of all that enthusiasm is that the company has a high bar to meet as it delivers actual results over the next few quarters. CEO Bob Iger and his team also have an unusually full plate as they navigate huge initiatives like the launch of Disney+ and the integration of the 21st Century Fox business.

With those challenges in mind, let's look at what's expected in the second-quarter report set for release the afternoon of May 8. 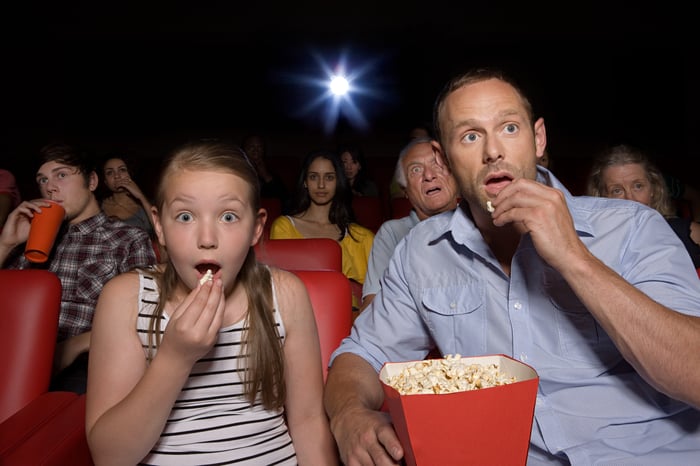 The headline numbers in Disney's first-quarter results weren't impressive, and investors should brace for similar news on Wednesday. Three months ago, a slumping studio segment was the key reason overall sales were flat in fiscal Q1. Movie releases like Mary Poppins Returns and Ralph Breaks the Internet failed to match the runaway performance of Star Wars: The Last Jedi and Thor: Ragnarok. The situation will repeat in Q2 with last year's Black Panther setting a difficult bar to meet.

Disney is likely to take charges related to its direct-to-consumer growth initiatives, too, as it needs to protect against the risk of stumbling at the launch of Disney+ by stacking the product with tons of content and building a stellar streaming platform that's ready from day one. Overall, investors who follow the stock are expecting sales to drop by about 1% as earnings fall to $1.59 per share from $1.84 per share a year ago.

On the bright side, look for Disney's media business and its parks and resorts segment to lift results this week. The broadcast TV world is still shrinking, but the rate of decline has improved for six consecutive quarters, Iger said back in February. More stabilization there would confirm that there's plenty of room for the linear-TV business to generate healthy returns even as Disney pivots to internet-delivered content over the next few years.

The House of Mouse should have nothing but good things to say about its parks and resorts segment, which notched a 7% spike in average spending last quarter as attendance levels held steady. With prices rising and new Star Wars-themed expansions on the way, investors have every reason to expect more booming results from that in-person entertainment division.

Executives will be commenting as they look out to the second half of the fiscal year on a period of change that shareholders haven't seen from Disney in modern times. To name just two highlights, the entertainment giant will be incorporating $50 billion of content and theatrical production assets from 21st Century Fox while putting the final touches on a streaming service that could one day rival Netflix and its 150 million global subscribers.

These bold moves could lay the groundwork for many more years of growth, but they also raise the risk of execution stumbles over the next few quarters. That's why investors will want to keep a close eye on Disney's results through the end of 2019 and into 2020.