Please ensure Javascript is enabled for purposes of website accessibility
Log In Help Join The Motley Fool
Free Article Join Over 1 Million Premium Members And Get More In-Depth Stock Guidance and Research
By T.J. Piggott – May 6, 2019 at 3:16PM

If you're looking for an international small-cap stock that has demonstrated its ability to land, then expand, high-quality client relationships while increasing revenue and profits, consider Globant.

Here at The Motley Fool, we like finding great companies before they take off. If we can locate a business with a sustainable competitive advantage, then we stand a chance of potential market-beating returns.

On my radar today is Globant (GLOB 0.78%), a global technology and digital consulting company founded in 2003 by four Argentinian engineers who set out to change the way software was being designed and applied in the evolving digital world. Globant's customers include some of the most recognized brands in the world -- Disney, American Express, Southwest, LinkedIn -- and the company's goal is to create what they call meaningful "digital journeys" through consumers' various experiences with each brand's digital presence. 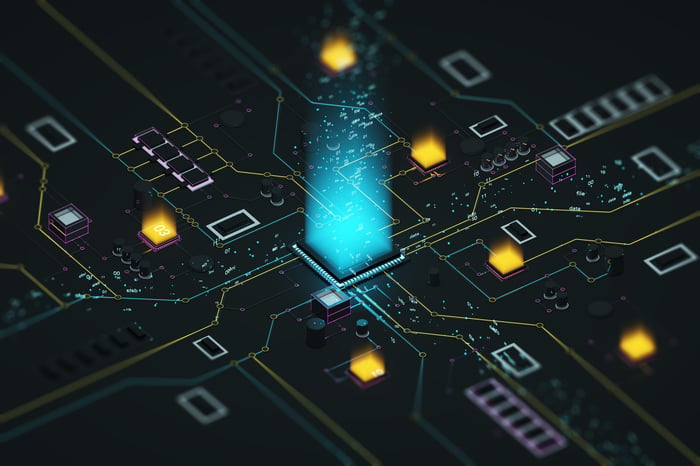 They care about what they do

The four co-founders began Globant with just $5,000 and reinvested 100% of what they earned back into growing the business. When they needed additional capital to expand their operations, they sought venture capital funding, but they retained the right to sell or IPO on their own terms. Today, the original band is still together, playing out their dreams on the world stage with Martin Migoya as CEO, Guibert Englebienne as CTO, Martin Umaran as chief of staff, and Nestor Nocetti as executive vice president of corporate affairs.

Globant's senior leadership has an average of 19 years of experience in the IT field That kind of experience and focus means executives should care about the company's success as much as we do, something we like to see. Ethics and innovation are the fabric of their core values , and Globant has a 3.8 rating on Glassdoor.com .

They're good at it

Globant seeks to create emotional connections and relevance between brands and consumers. To that end, they build apps for smart devices, create websites, overhaul antiquated platforms, and build new systems from scratch. The company has created more than 300 mobile products for smartphones and wearables, and streaming platforms where billions of its videos have been viewed .

Globant's army of 7,800-plus IT professionals is organized by areas of expertise into an agile framework ready to deploy and deliver bespoke solutions to their clients. By merging the latest open-source and commercial software with their proprietary software , their developers are able to craft innovative solutions for the businesses of the modern age.

They make money doing it

As of Dec. 31, 2018, cash and equivalents totaled $86.2 million, with no debt on the books. Revenue for the year was $522.3 million, with net income of $51.7 million . While those figures may not be as impressive as their larger competitors' in terms of size, what is notable is the company's revenue growth, which hit a compounded annual rate of 27% from 2013 to 2018. In addition, because Globant is a digitally native company, it's not bogged down by less productive legacy assets that some of its larger competitors are wrestling with. That means more juice for the squeeze, in terms of margins, for Globant.

Compared with razor-toothed competitors such as IBM, Deloitte, and Accenture, Globant is still a little guppy in a very big ocean. That means plenty of room for growth for this $3 billion company, especially if we use IDC's projections for worldwide digital strategy and agency services, which estimate that total spending in the space will hit $138.3 billion by 2021 .

Over the long term, I believe Globant will see continued success from organic growth and acquisitions. (Since 2015, management has gobbled up Clarice Technologies, WAE, L4 Digital, Ratio, PointSource, and Avanxo, and I don't think they'll be slowing down on this front. I also see potential for the business to expand its IT knowledge base past its Latin American roots further into the U.S., Europe, and India.

Globant's innovation and agility should keep it ahead of the curve relative to larger competitors. If you're looking for an international small-cap stock that has demonstrated its ability to land, then expand, high-quality client relationships while increasing revenue and profits, consider Globant as a candidate for inclusion in your diversified portfolio.