Please ensure Javascript is enabled for purposes of website accessibility
Log In Help Join The Motley Fool
Free Article Join Over 1 Million Premium Members And Get More In-Depth Stock Guidance and Research
By Matthew Frankel, CFP® – May 6, 2019 at 12:18PM

Warren Buffett has shown interest in Uber, but don’t expect Berkshire Hathaway to participate in its IPO.

2019 is shaping up to be an extremely active year for initial public offerings, or IPOs, with several major tech companies going public. While some large companies have already completed their IPOs, the most anticipated -- Uber's -- is right around the corner.

Berkshire Hathaway (BRK.A 0.35%) (BRK.B 0.40%) CEO Warren Buffett has shown interest in the ridesharing company as an investment before. In fact, Buffett and his team looked into making an investment in Uber in 2018, but it didn't come together. And Berkshire reportedly offered to make a convertible loan to Uber that same year, but was turned down. 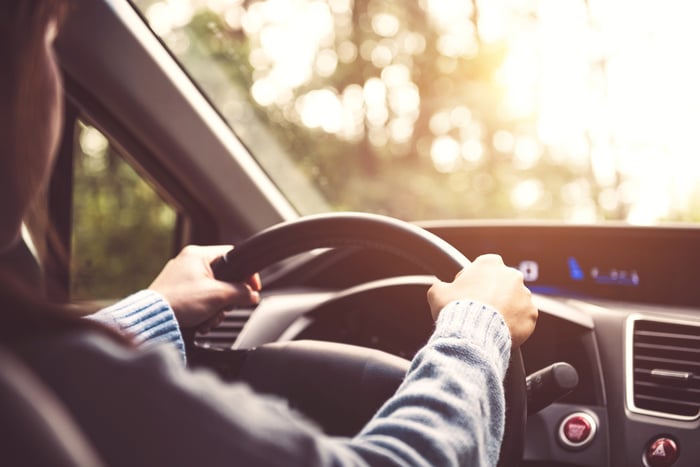 Despite his interest in the company, and his general aversion to discussing Berkshire's stock investment strategy, Buffett recently made it clear in a CNBC interview that he will not be participating in Uber's IPO, and why it's unlikely that you'll see shares from any IPO in Berkshire's portfolio.

Buffett tends to avoid IPOs. In fact, he told CNBC that "in 54 years, I don't think Berkshire has ever bought a new issue."

In a nutshell, IPOs tend to be driven largely by hype, and there's tremendous incentive to sell the shares and generate high commissions. As Buffett put it, "The idea of saying the best place in the world I could put my money is something where all the selling incentives are there, commissions are higher, the animal spirits are rising, that that's going to better than one thousand other things I could buy where there is no similar enthusiasm ... just doesn't make any sense."

Now, that's not to say that Uber or any other IPO will end up being a bad investment. Buffett acknowledges that there's money to be made in certain IPOs, but essentially says that there's always a place for his money that will be easier to justify.

Buffett is a firm believer that investors should be able to justify any stock purchases they make. He says that most people buy IPOs simply because of the hype, and because they think the stock will go up. And that's not a smart approach.

Why investors should choose to buy a stock

Here's one of the greatest lessons Buffett has shared over the years, expressed in a new way. Buffett advises investors to think about the reasons they're investing in a company at a certain valuation.

As Buffett explained it to CNBC, "Whenever you buy a stock ... you should be able to take out a one-page sheet of paper and say: 'I am buying the General Motors company at $56 billion because.' If you can't write that out, then you ought to go on to something else." He points out that with virtually every other type of purchase, people can generally do that. However, when it comes to stocks that they're going to put their savings in, they often can't.

Should you pass on the Uber IPO?

To be perfectly clear, just because Warren Buffett decides to pass on a certain investment opportunity doesn't necessarily mean you should do the same. However, Buffett does give some good advice as to how you should approach it, if you're considering jumping in.

In other words, if you can say why you're investing in Uber at the IPO valuation, and your answer goes substantially deeper than hype-based reasons like "because the stock could go up," it could certainly be a good fit for you.

The bottom line is that Buffett isn't necessarily telling you not to buy the Uber IPO. He is, however, saying that if you do, you should make sure it's for the right reasons.