When investors think of Albemarle (NYSE:ALB), they undoubtedly think of lithium. But the company's lithium segment didn't become its top source of revenue until 2018. The milestone was an easy one to miss. After all, the lithium segment has accounted for roughly half of adjusted segment EBITDA for several years and remains the only reportable segment growing year-over-year revenue at a double-digit clip.

The segment's importance to the business will continue to increase for the foreseeable future. Selling prices for lithium, including volumes sold in multiyear contracts, remain at elevated levels. And although production volumes are soaring, supply is still struggling to keep pace with expected demand as massive battery manufacturing facilities are planned across the globe.

That means all eyes will be on Albemarle's lithium segment when the company reports first-quarter 2019 earnings, but investors should sneak a peek at the company's other segments, too. Here's why. 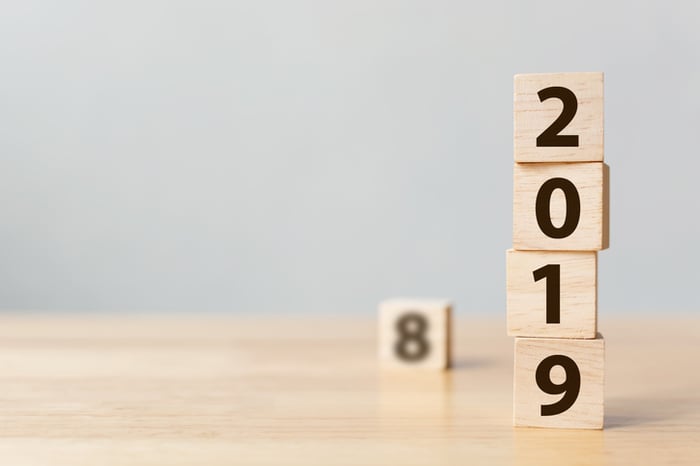 Lithium in the driver's seat, but mature businesses still important

Albemarle delivered year-over-year revenue and adjusted EBITDA growth of 21% and 19%, respectively, for its lithium segment in 2018. The business turned nearly 35% of sales into net income last year. While that remarkable figure might be difficult to maintain over the long haul, lithium revenue and income are each poised for significant growth.

The company expects to grow annual production volumes from 65,000 metric tons of lithium carbonate equivalent (LCE) in 2018 to 175,000 metric tons by the end of 2021. That could further increase to up to 350,000 metric tons of LCE production and marketing capacity by 2025. A significant share of planned production expansion volumes by 2021 and 2025 is entered into long-term purchase agreements with customers -- at prices equal to or greater than the stock's 2018 average selling priee.

Therefore, more so than the quarter-to-quarter performance of the lithium segment, investors will be eager to see that Albemarle continues to increase the number of offtake agreements in place. Securing long-term supply agreements will de-risk expansion and allow the business to "simply" focus on start-up and ramp-up of new projects. That should appease Wall Street, too, although shares have lost 23% of their value in the last year despite ample signs of progress. 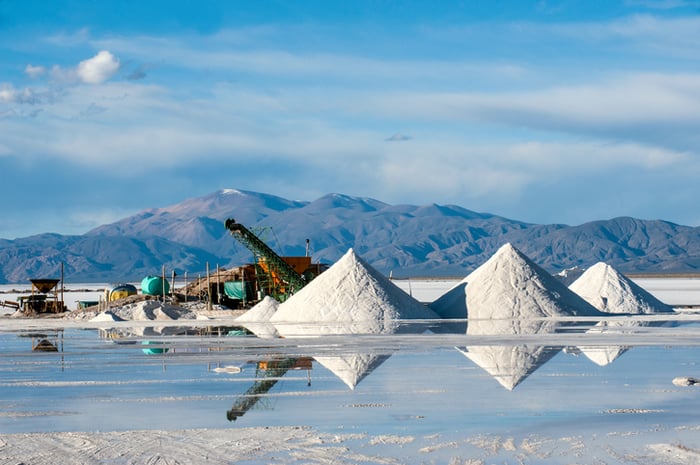 It's also important not to overlook the more mature businesses under the company's helm: bromine specialties and catalysts. Despite being slow-growing, they combined to account for 60% of total revenue and 51% of adjusted EBITDA excluding the corporate segment in 2018. They also have some noteworthy, albeit under-discussed, tailwinds in the years ahead.

The bromine segment has enjoyed moderate growth in recent years thanks to lower production of elemental bromine in China and increased demand for flame retardant products. That's led to price increases, which drove Albemarle to increase capital investments in the segment 71% from 2017 to 2018. It's received just 6% of total capital expenditures in the last three years and represented just 10% of total assets at the end of last year, but was responsible for 26% of total adjusted EBITDA excluding the corporate segment. The unheralded strength should continue as strong oil prices are likely to increase demand for bromine-derived drilling products in 2019.

Meanwhile, Albemarle has struggled to squeeze much growth from its catalysts business in recent years. But it sold assets worth $210 million in 2018 to refocus on strategic opportunities, notably in hydroprocessing applications. That's the technical term for removing impurities from hydrocarbons, which underpins crude oil refining and transportation fuel production industries. Thanks to various state and national clean-air initiatives that are ramping up around the globe, including the new low-sulfur fuel rule for global marine fuels that goes into effect in 2020, the company's hydroprocessing prowess could drive important financial gains for the business in the near future. 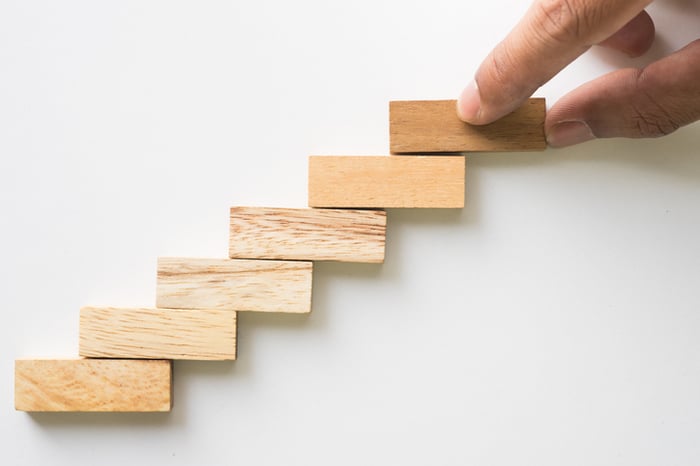 Will Wall Street warm up to Albemarle in 2019?

Despite delivering solid operating results and investing in its long-term future, Albemarle hasn't been able to garner much confidence from Wall Street analysts in recent years. The stock has gained just 14% in the last three years and has steadily tumbled since peaking in late 2017. It's not clear what the business has to do to earn a little respect, but investors with a long-term mindset don't have to get too caught up in that struggle. If the business continues to execute, then it should only be a matter of time before its efforts are rewarded. Maybe that'll start after Q1 2019 earnings are released.