Did someone say sell in May and go away? I wouldn't do that. In fact, I'd consider any drop in stocks now an opportunity, especially if the growth stories of the underlying companies are still intact.

Even now, there's plenty of value hidden in some stocks that you could consider dipping your fingers into. These three Motley Fool contributors believe Supernus Pharmaceuticals (SUPN 3.46%), Iron Mountain (IRM 5.74%), and Party City (PRTY 1.40%) are three value stocks ripe for buying now. Here's why.

What's the rundown? Supernus markets two antiepileptic drugs -- Oxtellar XR and Trokendi XR. Although each of these products has been a commercial success on several fronts, Oxtellar XR and Trokendi XR are both expected to reach their commercial plateaus within the next two to three years. To keep growing in the next decade, Supernus needs its late-stage pipeline to bear fruit. But that's where the company's core problem comes into the picture.

Supernus' late-stage pipeline consists of the attention deficit hyperactivity disorder candidate dubbed "SPN-812" and the impulsive aggression candidate known as "SPN-810." The long and short of it is that Wall Street isn't optimistic about either drug. 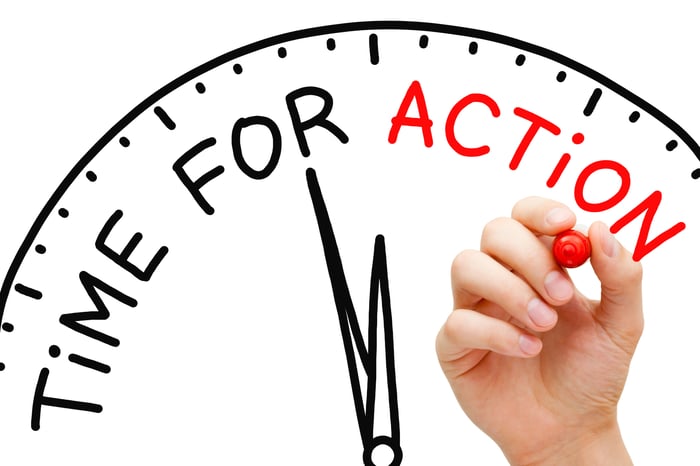 When value stocks come knocking at your door, act before it's late. Image source: Getty Images.

As proof, the market doesn't seem to be assigning any value to these late-stage clinical candidates. Supernus' stock, in fact, is presently trading at a mere 3.5 times next year's projected sales of Oxtellar XR and Trokendi XR. That's a head-scratching valuation. After all, SPN-812 and SPN-810 have the potential to rake in over $1.5 billion in combined sales, at peak.

There are some good reasons to be concerned about the viability of these two experimental drugs, but there are also several reasons to be optimistic about their prospects. The market, therefore, could be missing the boat on this biotech's underlying value proposition in a big way.

Why I see value in this 7.5%-yielding stock

Neha Chamaria (Iron Mountain): Earnings season is the perfect time to scoop up shares of promising companies that may have suddenly lost favor with the market because of an earnings drop or a miss. Take Iron Mountain, for example: The stock dropped nearly 9% the day of its earnings release in late April and has now given up all its gains (and then some) so far this year. With that, Iron Mountain's dividend yield has skyrocketed to 7.5%.

As a storage real estate investment trust (REIT), Iron Mountain stores and secures data and information for organizations in digital and physical form at its data centers. The company's first-quarter report missed Wall Street estimates as it announced surprisingly weak numbers. Blame it on an internal goof-up: Iron Mountain hired more workers for its shredding business to reduce overtime but ultimately ended up overstaffing, which drove its overall labor costs higher and productivity lower. Yes, it's an odd miscalculation to make, but I like that Iron Mountain management was open about it and didn't pass the buck of lower profits to other factors.

Iron Mountain's adjusted funds from operations (AFFO), a key REIT metric, declined during the quarter, and the second quarter could be muted, as well. Management, however, reiterated its full-year constant-currency revenue growth guidance of 1%-6% and AFFO growth of 1%-8%, backed by corrective actions to boost productivity in the second half of the year.

The rising global need to store data securely is too big a trend to ignore. As a result, I see the drop in Iron Mountain shares as a great opportunity for long-term investors.

Soon to be the life of the party?

Rich Duprey (Party City): Party-supplies retailer Party City has turned into a market wallflower, shrinking into the recesses of a downturn that has seen the stock lose 60% of its value from its one-year highs. Much of that has surprisingly been due to a relative helium shortage, which has helped deflate balloon sales.

Often a byproduct of natural gas production, helium went into short supply in 2017 and has worsened since. Segments that aren't critical to the economy are experiencing severe shortages and exorbitant price hikes, and soaring commodity costs contributed to a 240 basis-point decline in gross margins for Party City last year.

New supplies are scheduled to begin coming online beginning next year, primarily in Qatar, which is also the world's largest helium producer. It was Saudi Arabia's economic embargo of Qatar that precipitated the start of the shortage, and though that issue was eventually resolved, inventory has not kept pace with demand, particularly out of China.

It does appear the bottlenecks will clear, but in the meantime, the markets are treating Party City as if it's a lead balloon. The stock trades at just five times trailing earnings and three times next year's estimates, as well as at fractions of its sales and book value.

Party City still recorded 2% growth in constant-currency sales last year, and its online channel surged over 32% when buy-online-pickup-in-store sales were counted. When the helium shortage clears up, Party City will no longer be a shrinking violet on the market, making this deeply discounted value stock attractive at today's prices.