Please ensure Javascript is enabled for purposes of website accessibility
Free Article Join Over 1 Million Premium Members And Get More In-Depth Stock Guidance and Research
By Rich Duprey - May 9, 2019 at 10:35AM

The iconic digital imaging specialist has fallen far, and recovery seems like a challenge.

When the best thing that can be said about Eastman Kodak ( KODK 1.66% ) is that it is launching a cryptocurrency and blockchain platform, you kind of know where this business is heading.

Despite having emerged from bankruptcy proceedings in 2015, the onetime iconic film and camera company is scrambling to restructure yet again to save itself another trip into oblivion. It is scheduled to report its first-quarter 2019 earnings on May 9, but investors shouldn't expect much good news. 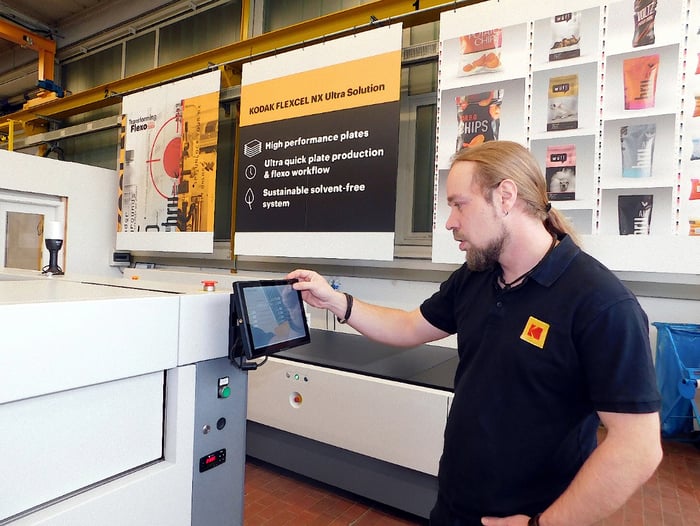 There are a handful of drivers that Kodak is counting on for growth, including its Sonora process-free plates business, which saw volumes jump 19% in 2018, and its Prosper inkjet business, where annuity revenues rose 8% year over year. Other areas it is hoping will lead to meaningful returns are its Ultrastream next-generation inkjet printer, light blocking materials, and printed electronics.

Even so, revenue is still declining, falling 4% last year and generating a GAAP net loss of $16 million versus a profit of $94 million in 2017. However, adjusted for currency fluctuations, impairments to trade names related to the sale of its Flexographic Packaging division, commodity costs, workers' comp changes, and other factors, Kodak reported a $1 million gain in operational EBITDA last year versus a $10 million loss the year before.

Kodak has many moving parts despite being greatly streamlined in bankruptcy, but still finds it necessary to sell off more businesses. That shows it has no real sense of how it can fit into the modern world of digital graphics and photography.

The sale of the Flexographic business is indicative of how devalued the company has become. Despite Kodak getting $340 million for the unit, it was much less than the $400 million that was originally expected, although the company did use the proceeds for near-term debt repayment. Flexographics was also one of Kodak's few profitable businesses, generating $148 million in revenue last year.

Kodak had also previously tried to sell the Prosper business, with Xerox rumored to be one of those interested in buying it. But the sale was pulled in the end because the offer prices were not what Kodak deemed sufficient.

The company is also going through a lot of executive changes, with a new CEO brought on after the previous one resigned earlier this year. A search is on for a new CFO, too.

With so much going on, the market doesn't view Kodak's chances kindly. The stock has lost more than half its value over the past year and now trades at around $2.40 per share. Analysts expect its earnings situation to worsen, forecasting losses to grow at a compounded 12% annual rate for the next five years.

The imaging company is also a heavily shorted stock, with almost 22% of its shares outstanding sold short, giving it a heavy 20 days to cover.

All this means Eastman Kodak's stock is not a buy, because it doesn't look like this picture will end any differently than the last time. While the circumstances of its financial problems may be somewhat different, the root cause is the same: It is unable to compete in a digital world. Even if it has a cryptocurrency bearing its name.