Please ensure Javascript is enabled for purposes of website accessibility
Log In Help Join The Motley Fool
Free Article Join Over 1 Million Premium Members And Get More In-Depth Stock Guidance and Research
By Steve Symington - Updated May 10, 2019 at 7:56AM

From a streamlined reporting structure to new cost-reduction initiatives, this Internet of Things pure play made good progress in Q1.

With shares of the Internet of Things (IoT) pure play up around 5% in after-hours trading as the market absorbs the news, let's have a closer look at what drove Sierra Wireless over the past few months. 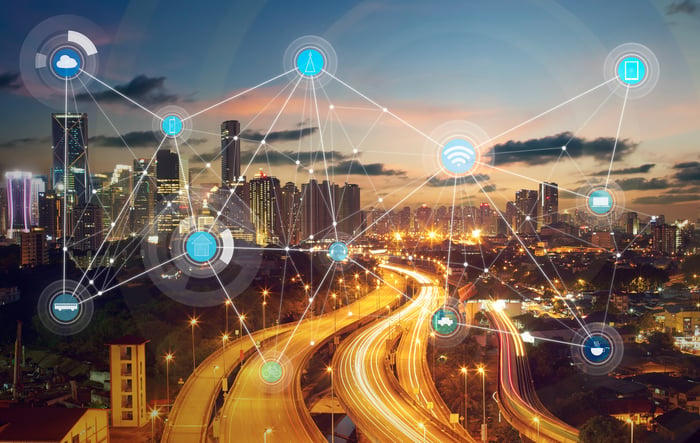 "We are making good progress driving improved efficiency throughout our operations to accelerate our transformation into a leading global IoT solutions provider," stated Sierra Wireless CEO Kent Thexton. "At the same time, we are investing in innovative cellular technologies and capabilities to enhance our differentiated Device-To-Cloud offering and grow our recurring subscription-based revenue."

Sierra Wireless reaffirmed its outlook for 2019 revenue to be roughly flat from 2018 and for full-year adjusted EBITDA of roughly $35 million. But given its relative outperformance in the first quarter and subsequent cost-reduction initiatives, the company now sees 2019 adjusted net income per share in the range of $0.30 to $0.35, up from its previous guidance targeting the low end of that range.

All told, this performance certainly won't drop the jaws of many growth-hungry investors, even if it seems to undersell Sierra Wireless' enviable longer-term growth potential. But it was a strong quarter relative to the low bar Sierra Wireless set for itself earlier this year, and the stock is understandably rebounding as a result.