Please ensure Javascript is enabled for purposes of website accessibility
Log In Help Join The Motley Fool
Free Article Join Over 1 Million Premium Members And Get More In-Depth Stock Guidance and Research
By Beth McKenna – Updated May 9, 2019 at 11:18AM

Shares of the maker of clear dental retainers continued their 2019 upward march.

Shares of Align Technology (ALGN -2.82%), the maker of the clear plastic Invisalign dental retainer, jumped 14.2% in April, according to data from S&P Global Market Intelligence. By comparison, the S&P 500 index returned 4.1% last month.

We can attribute Align Technology's strong performance last month largely to the boost it got following the release of its first-quarter results in late April. In the quarter, revenue rose 25.6% year over year to $549 million and adjusted EPS declined 23.9% to $0.89, beating the $0.83 that Wall Street was expecting.

The earnings decline was driven by "impairments and other charges of $29.8 million related to the closures of its U.S. Invisalign stores," as my colleague Keith Speights wrote. "These closures were required as a result of an arbitrator's decision in a dispute between Align and SmileDirectClub." 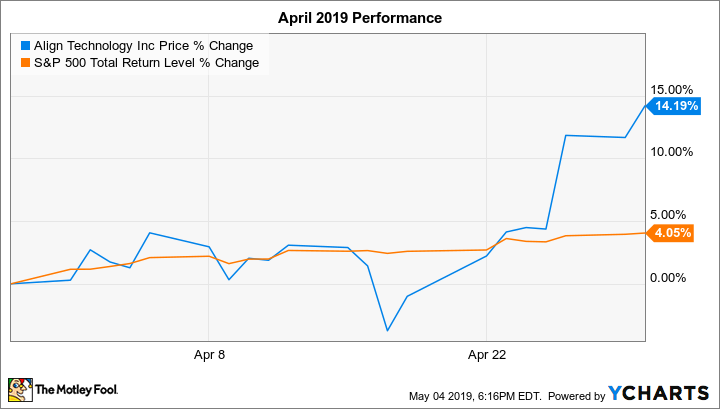 Align stock's robust April performance was a continuation of its momentum in 2019: 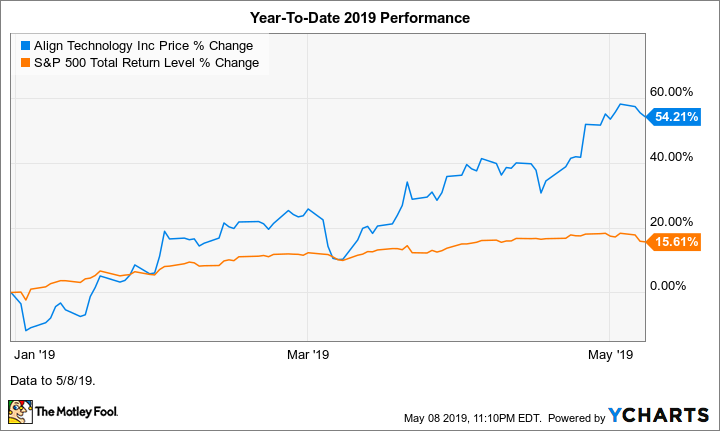 For the year, Wall Street is expecting Align's earnings growth to slow to 11.6% year over year, but then accelerate to 30.2% next year.