Please ensure Javascript is enabled for purposes of website accessibility
Log In Help Join The Motley Fool
Free Article Join Over 1 Million Premium Members And Get More In-Depth Stock Guidance and Research
By Rich Smith - May 9, 2019 at 2:06PM

e.l.f. shareholders aren't pleased with the big quarterly loss -- or the weak guidance.

It's May, three months after cosmetics seller e.l.f. Beauty (ELF 2.07%) last reported earnings, and you know what that means: It's time for e.l.f. stock to go down again.

Yesterday after close of trading, e.l.f. Beauty reported the results of its "transition period ended March 31, 2019" -- a quarter that marks both "Q1 2019" for e.l.f. and, because the company is switching fiscal calendars, also the end of "fiscal 2019" as a whole. Whatever you call it, though, the numbers e.l.f. reported for this just-ended quarter were not great. 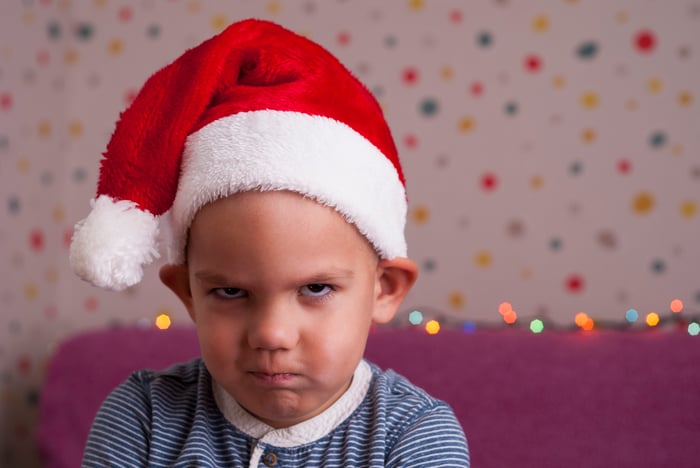 Granted, e.l.f. management tried to put a brave face on the news, arguing that sales actually increased something closer to 3% "after excluding the impact of [closing 22 retail ] e.l.f. stores." But even so, gross margins were flat at 61%, while operating costs grew to 56% of sales, eating deep into profits. After accounting for restructuring costs, this left e.l.f. with a loss on the bottom line.

Taken at the midpoint, therefore, e.l.f. is saying investors can expect earnings to decline by a steep 44% over the course of the coming year -- which sounds to me like a great reason to sell e.l.f. stock.

Why These 4 Stocks Moved Today

Why e.l.f. Beauty Has Momentum

Marathon Partners Announces Its Reasons for Launching a Proxy Fight With e.l.f. Beauty