Please ensure Javascript is enabled for purposes of website accessibility
Log In Help Join The Motley Fool
Free Article Join Over 1 Million Premium Members And Get More In-Depth Stock Guidance and Research
By Keith Speights – May 9, 2019 at 7:00AM

The provider of health improvement, nutrition, fitness, and social engagement solutions beat Wall Street's Q1 revenue estimate but fell short on the bottom line. Here's what you need to know.

There was some good news for investors the last time Tivity Health (TVTY) reported its quarterly results. In February, the company announced that fourth-quarter revenue rose nearly 10% from the prior-year period while adjusted earnings per share soared by 44%.

Tivity Health announced its first-quarter results after the market closed on Wednesday. Here's what you need to know from the company's quarterly update. 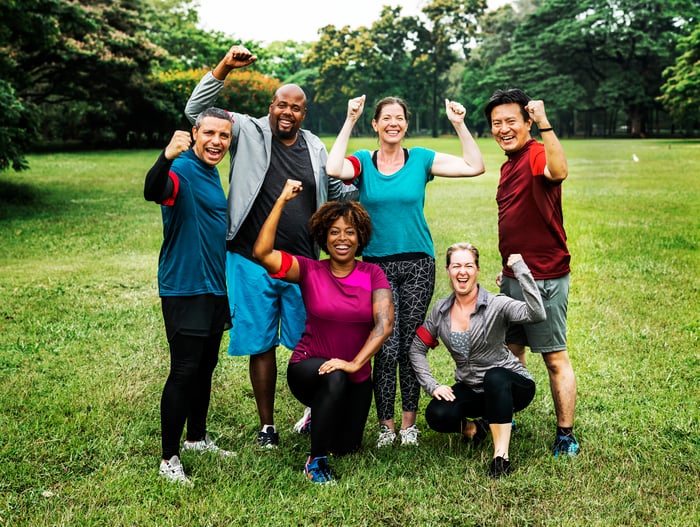 Tivity's top-line performance improved nicely in the first quarter. Revenue jumped 43% year over year to $214.1 million. Analysts estimated that the company's revenue for the first quarter would come in at $153.92 million.

On a non-GAAP adjusted basis, Tivity's net income in the first quarter was $21.9 million, or $0.51 per share. This reflected a 3% increase from the prior-year period adjusted net income of $21.3 million, or $0.49 per share. Wall Street analysts estimated that Tivity would post earnings of $0.53 per share in the quarter.

Tivity's healthcare segment generates the lion's share of its revenue. Sales for the segment increased by 4.4% year over year to $156.5 million in the first quarter. This rise was driven by an increase in higher Prime Fitness subscriptions and more SilverSneakers visits.

Tivity Health's GAAP earnings plunged from the prior-year period due to significantly higher spending levels. The company's operating expenses increased across the board. However, Tivity's non-GAAP adjusted earnings figures looked much better because they excluded costs related to the acquisition of Nutrisystem.

CEO Donato Tramuto said that the company plans to "leverage Nutrisystem's media and marketing expertise to further increase enrollment and engagement in SilverSneakers and Prime Fitness." CFO Adam Holland added that integration efforts should enable Tivity to remain on track in achieving cost synergies this year between $9 million and $12 million.

Tramuto also noted that Medicare Advantage plans will soon be available to "provide coverage for a wider variety of benefits that are not primarily health-related." This could boost Tivity's revenue in future quarters.