Please ensure Javascript is enabled for purposes of website accessibility
Log In Help Join The Motley Fool
Free Article Join Over 1 Million Premium Members And Get More In-Depth Stock Guidance and Research
By Chris Neiger – Updated May 10, 2019 at 5:32PM

The smartphone maker could be hurt by the latest move in the Chinese trade war.

For the most part, Apple (AAPL 3.08%) has escaped the adverse effects of the escalating trade war between the United States and China. But a new report out Thursday by Morgan Stanley analyst Katy Huberty indicates that the latest round of tariffs could pose a serious threat to the company.

The U.S. raised tariffs on some Chinese imports Friday to 25% (from 10%), affecting $200 billion worth of Chinese goods. The U.S. government said it may also put 25% tariffs on an additional $325 billion of exported products. 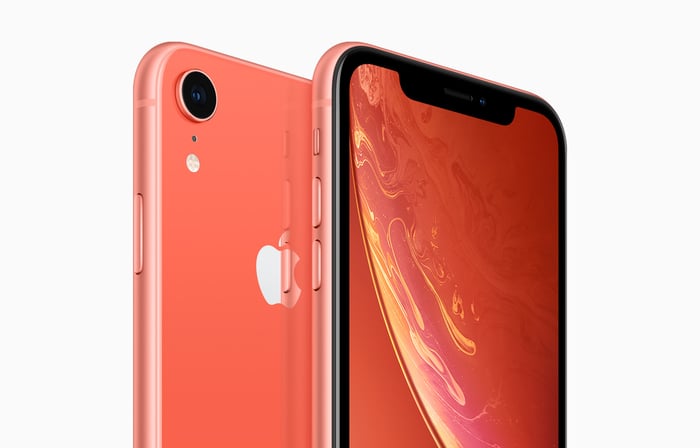 Huberty noted in her report that, up until now, the impact of tariffs on goods produced in China (including Apple's iPhones) had only a "minimal" effect on the tech company. But she explained that "a 25% tax on the remaining $267 billion of goods exported from China to the U.S. would have considerable ramifications across Apple's supply chain."

If those tariffs are implemented, Huberty said two things could happen. Apple could pass the additional costs on to consumers, which would raise the price of the iPhone XS (currently $999) by about $160. Or Apple could eat the tariff cost, which would drive down its earnings.

Of course, neither is a good option. Increasing the cost of Apple's smartphones would likely cause consumers to stretch out replacement cycles even longer than they are now. iPhone owners currently wait, on average, at least three years before upgrading to a new iPhone.

But if Apple takes on the burden of increased costs due to the new tariffs, then Huberty estimates it could push the company's earnings down 23%, or $3 per share, based on her earnings projection of $12.67 per share for 2020.

How can Apple fix this problem?

Apple could offset at least some of the potential tariffs by moving some manufacturing to locations outside China. The company has ramped up device production in India to avoid paying import duties in the country, but it's still too early to tell if Apple would be able to use some of its production partners in India to make up for lower production in China.

And considering that most of Apple's device production happens in China right now, switching to India or any other country would be expensive and time-consuming.

"And given the reliance on China's established, low-cost labor force and expertise in manufacturing/tooling, a large-scale move out of the country would not only be costly but could take multiple years to complete, potentially raising the odds of execution risk, in our view," Huberty wrote.

Still lots of uncertainty ahead

While the new tariffs have already begun, the U.S. and China are still working toward reaching some type of trade deal that would result in tariffs being lowered. If a deal is reached soon, Apple might be able to avoid any negative impact from the new levies.

But one thing is becoming clear: The company can no longer assume it can manufacture iPhones using low-cost production in China. Even if the U.S. and China strike a trade deal that doesn't hurt Apple, you can be sure the tech giant will keep looking for new ways to expand its device production outside of China and mitigate its risk.