Please ensure Javascript is enabled for purposes of website accessibility
Log In Help Join The Motley Fool
Free Article Join Over 1 Million Premium Members And Get More In-Depth Stock Guidance and Research
By Daniel B. Kline – May 11, 2019 at 10:45AM

Consumers can be influenced, and they're worried about security.

Social media isn't just a place where you share photos with friends or tell people how you feel in order to get a reaction. Almost two-thirds of online shoppers (63%) have clicked an ad on a social media site, with a third (33%) of them actually making an immediate purchase according to Episerver's third-annual Reimagining Commerce research report. The study also showed that while the number of shoppers conducting research using devices including Amazon's (AMZN 2.13%) Echo and Google's Home has risen by 83% since last year, only 17% of the 4,500 people surveyed regularly made purchases via voice. 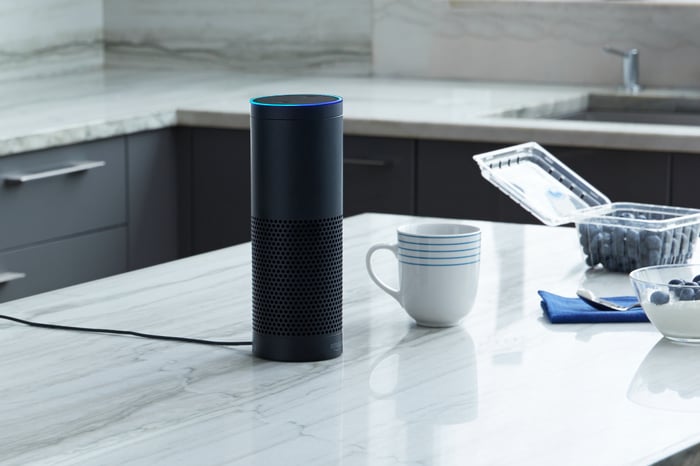 People really do want to keep up with the Kardashians and other social media influencers. More than half (52%) of those surveyed who use social media said they have clicked on an influencer's post. Nearly a third of those (31%) have then gone on to buy the item, while 12% admit they use social media browsing for "inspiration" when they do not have a specific product in mind. That's similar to the 11% who go to a brand website for that reason.

"Retailers looking to prioritize efforts for the remainder of the year need to look at what is currently working and who is helping drive awareness and ultimately purchases," Kennedy said.

Voice-based shopping has been held back by the perception that it may not be safe. More than 4-in-10 (43%) cited "a lack of security features" among the top reason they won't make more purchases on their voice-enabled digital assistants. That was followed by "a lack of product images" (35%) and difficulty comparing products (33%).

Amazon has built up a level of trustworthiness that most brands simply do not have. Consumers simply assume that the online leader will have a better price than even the manufacturer's own site, according to the report.

That's a fixable problem, as are concerns over security when it comes to placing voice-based orders. Brands should be making sure their websites offer competitive prices and a top-tier, mistake-free shopping experience.

It's also important to deliver information in a way that consumers are asking for. That may mean paying influencers in line with the brand's image and philosophy to push the brand on social media.

Alphabet and Amazon have a slightly harder task when it comes to voice-based ordering. The two companies might be able to answer fears over security, but the need to offer product images and make comparing products easier will be difficult, if not impossible.

To solve that, both companies could lean into pushing consumers to make more routine purchases. You may not use your Echo to buy a shirt or a pair of pants without being able to see the items, but you can certainly use it to buy paper towels or to order ketchup because you noticed you have run out.