Please ensure Javascript is enabled for purposes of website accessibility
Log In Help Join The Motley Fool
Free Article Join Over 1 Million Premium Members And Get More In-Depth Stock Guidance and Research
By Beth McKenna - May 12, 2019 at 11:32AM

Walt Disney (DIS 3.51%) reported its fiscal second-quarter results on Wednesday. The entertainment giant's revenue edged up 3% year over year to $14.92 billion and its earnings per share (EPS) adjusted for one-time items fell 13% to $1.61.

While tepid at face value, both numbers were better than Wall Street's estimates. Analysts were looking for adjusted EPS of $1.59 on revenue of $14.39 billion. The primary culprit behind the weak revenue growth and profit decline was the tough year-over-year movie business comparable, stemming from the release of Marvel's Black Panther and the continuing strong performance of Star Wars: The Last Jedi.

Earnings releases only tell part of the story. Management's comments during earnings calls often contain key information about a company's business prospects and strategy. Here are three things CEO Bob Iger shared on Disney's Q2 call that you should know. 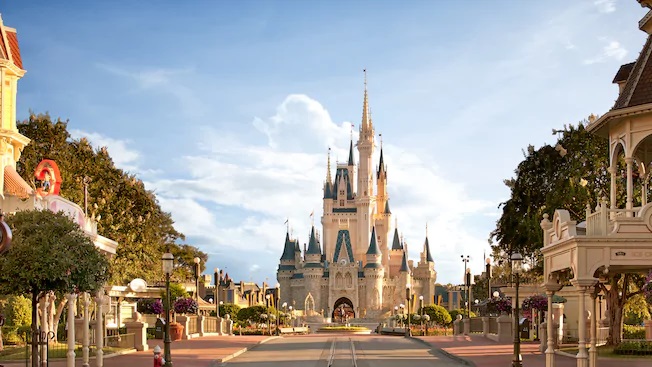 On March 20, Disney closed on its massive acquisition of the entertainment assets of Twenty-First Century Fox. Here's what Iger had to say about the topic relative to the studio business:

[O]ur incredible film slate for 2019 is now even more ambitious. ... The movies we'll release between now and Christmas include Aladdin, The Lion King, and Maleficent: Mistress of Evil, from Disney; Pixar's Toy Story 4; Frozen 2 from Disney Animation; and Star Wars: The Rise of Skywalker; as well as Dark Phoenix, Stuber, The Art of Racing in the Rain, Ready or Not, Ad Astra, The Woman in the Window, Ford v. Ferrari, and Spies in Disguise from the Fox Studios.

Iger's comment highlights just how many more movies Disney will be bringing to the silver screen this year thanks to its Fox acquisition. Fox is adding eight movies to the six planned releases from Disney's legacy business, for a total of 14 film releases between now and Christmas.

Moreover, investors can be sure Disney is going to do with the Fox entertainment assets what it does best: leverage them across its entire empire. For instance, successful movies will work their way into attractions at theme parks and inspire the creation of various merchandise.

2. Park expansions and new openings on the docket in 2019

From Iger's remarks about the "major developments" in parks and resorts:

We're breaking ground on a significant expansion at Tokyo DisneySea on the 21st [of May], which will add new themed areas and attractions to that park. And we're looking forward to the grand opening of Star Wars: Galaxy's Edge in our Disneyland Resort on May 31. The excitement around this new land is unbelievable and will only grow once people have a chance to experience it for themselves. As we've said, it's the largest land we've ever built, but the sheer audacity of the creativity and technology is even more impressive than the size. Disney World is getting its own Galaxy's Edge on August 29. [Emphasis mine]

It's a great thing for investors that Disney is building on the strength of its parks and resorts business, which was its own segment through last fiscal year, and is now a part of the "parks, experiences, and consumer products" segment. In the first half of fiscal 2019, the parks, experiences, and consumer products segment grew operating income 12% year over year, driven by strength in domestic parks. It's the only segment that turned in operating income (OI) growth for this period, with media networks' OI flat with the year-ago period, and the other two segments -- studio, direct-to-consumer and international -- experiencing declines in OI.

[T]here are regulations in China that might limit what we can do from an OTT [over-the-top] perspective. [I]f we're going to launch something, it'd have to be with a local partner and shared ownership. ...  We certainly believe there are opportunities.

Marvel has gotten extremely popular in China, and I think [Avengers: Endgame] has already done somewhere in the neighborhood of $600 million [at the] box office in China. So the idea of bringing the Marvel television shows to China as part of a direct-to-consumer platform ... is something that we're very, very interested in.

As it relates specifically to [our park in] Shanghai, we think we have a huge opportunity for Marvel there. That's a hint to our parks and resorts group. We should be hard at work already designing and developing some Marvel presence in Shanghai. [Emphasis mine]

Iger's comment speaks for itself, with the bottom line being: Investors can expect more of a Marvel presence at Shanghai Disney, whose current presence is "somewhat temporary in nature" because the company began designing the park soon after it had acquired the superhero-focused franchise, Iger said. And, perhaps at some point, Disney will partner with a Chinese company to launch a direct-to-consumer streaming service in China to capitalize on consumers' love of Marvel.