Please ensure Javascript is enabled for purposes of website accessibility
Log In Help Join The Motley Fool
Free Article Join Over 1 Million Premium Members And Get More In-Depth Stock Guidance and Research
By Rich Duprey – May 13, 2019 at 2:14PM

It's every bit as revolutionary as two-day was, even though Amazon's bigger rivals are ready.

Because two-day shipping has essentially become the industry standard, the Amazon.com (AMZN -1.21%) Prime membership benefit no longer stands out as anything particularly special. So like the industry disruptor that it is, Amazon is now moving to one-day delivery to differentiate itself.

Although major retailers like Walmart (WMT -0.61%) and Target (TGT -1.02%) should have little trouble keeping pace -- in fact, in many cases they already offer next day shipping -- it's the rest of the industry and the smaller retailers that will be hard-pressed to match the deal. Even though they may be offering two-day shipping, it was achieved at great cost to profitability because customers refuse to pay for what they can get for free elsewhere. 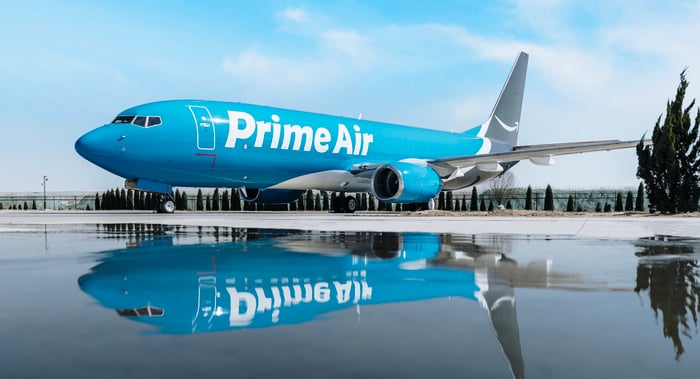 The great irony, of course, is that Amazon's two-day service, let alone the new one-day program, isn't free at all. It's bundled into the annual $119 Prime fee members pay annually. While that also includes benefits including streaming video, music, and more recently discounts at Whole Foods, Amazon has craftily marketed the shipping policy as "free," which has forced retailers to compete on that basis.

Walmart is trolling Amazon on Twitter by saying, "One-day free shipping...without a membership fee. Now THAT would be groundbreaking. Stay tuned," referencing the e-commerce site's subscription cost, but also hinting at its own plans to offer one-day shipping. The rest of retail should be concerned about this latest development.

Needing to up the ante

Even with the money Amazon brings in from Prime, shipping still costs plenty. More than 100 million items are eligible for free shipping, and in 2018 Amazon spent $27.7 billion on fulfillment, a 27% increase over the year before. And the company will be investing a considerable amount of additional money into its logistics operations, some $800 million in incremental investments, to have its infrastructure transition from two-day to one-day.

Amazon needs to enhance its offering because, surprisingly, it remains at a competitive disadvantage to its rivals, at least when it comes to a physical retail footprint. Though it has more than 150 fulfillment centers, massive structures totaling over 226 million square feet of space,, it pales in comparison with Walmart's 704 million square feet of space at more than 4,700 U.S. stores, many of which can serve as distribution centers or, better yet, pull double duty as pickup locations. Most of that may be devoted to retail operations, but its spread across the country is enormous and puts it within reach of nearly the entire population.

Of course, Amazon also has substantial reach, with analysts estimating 72% of the U.S. population is within the e-tailer's one-day target, but a physical presence will be how the rest of retail hopes to compete against this elevation of competition. By focusing more intently on their own buy-online and pickup-in-store model, retailers may be able to hold Amazon at bay for a while longer.

It's also why, despite the immediate response by its biggest rivals to this arms escalation, one-day delivery is still a considerable upheaval to the industry. Amazon has heavily invested to vertically integrate itself along the entire shipping process: from moving product from the manufacturer's factory to the customer's doorstep. It has moved into first-mile shipping container fleets, air cargo, trucking, and last-mile delivery, making the entire operation geared toward efficiently moving packages from end to end.

What one-day shipping does is bolster the consumer's belief that Amazon.com is the only place to go, and it forestalls any potential churn in Prime memberships that might come from it having raised the price to $119 a year. Amazon needs to make the loyalty program seem even more valuable and more indispensable, since two-day delivery is now ubiquitous.

On a certain level, the change is not as momentous as it was when Amazon shook the retail world with two-day shipping, but for the industry and the retailer itself, it still marks an evolution every bit as dramatic.

John Mackey, CEO of Whole Foods Market, an Amazon subsidiary, is a member of The Motley Fool's board of directors. Rich Duprey has no position in any of the stocks mentioned. The Motley Fool owns shares of and recommends Amazon and Twitter. The Motley Fool has a disclosure policy.