The workplace collaboration software provider offers up more financial information ahead of its DPO.

Popular workplace messaging app Slack Technologies is taking the final steps before making its public stock debut. The company filed a revised S-1 on Monday with the Securities and Exchange Commission (SEC) with updated information prior to its market debut.

That debut is currently planned for June 20, though that date could still change. The company will be listed on the New York Stock Exchange using the ticker SK.

Let's take a look at Slack's recent financial results, why the company has chosen this particular path to the public markets, and what it all means to investors. 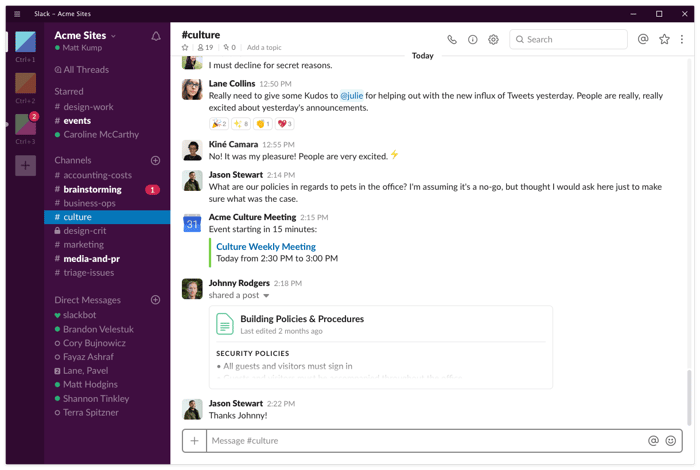 For the three months ended April 30, Slack produced estimated revenue in a range of $133.8 million to $134.8 million, up 66% year over year at the midpoint of its estimate, while generating a loss of between $38.4 million and $39.4 million, worse than the $26 million loss in the prior-year quarter. In its regulatory filing, Slack said the deeper losses were necessary "to support the growth and expansion of our business and continued investment in product development."

The company also estimated that its calculated billings -- which adjust for deferred revenue -- will come in between $147.7 million and $148.7 million, an increase of about 46% year over year. Existing customers continue to adopt more of Slack's products and services, as its net dollar retention rate came in at 138%, down slightly from the 149% rate in the prior-year quarter. It's important to note that these results are preliminary and could change once the final figures are calculated.

To put these numbers into perspective, Slack reported that for its fiscal year (which ended Jan. 31), the company generated revenue of $400.6 million, up 82% year over year, on top of a 110% increase during the previous year. The company generated losses of $140.7 million, comparable to the $140.1 million loss in the prior fiscal year and $146.9 million loss in the year before.

Slack also shared other metrics that it believes will help prospective investors judge the company's recent operating performance. During the three months ended Jan. 31, 2019, Slack reported more than 10 million daily active users. For the fiscal year ending Jan. 31, paying customers grew to 88,000, up 49% from the 59,000 customers served during the prior-year period.

Additionally, the number of customers that are spending in excess of $100,000 in annual recurring revenue (ARR) is increasing at a much faster rate, to 575, up 93% from 298 during the prior year.

The most common reason for companies to embark on the IPO process is to raise capital and help expand their businesses. To do this, many companies hire investment bankers to facilitate the stock-issuing process, pin down a public valuation starting point, and act as an intermediary with the investing public. The investment bank or banks underwrite the offering, purchasing an agreed upon number of shares at the IPO price. For this service, the underwriting bank(s) assesses a fee that can cost the listing company millions or even hundreds of millions of dollars.

Not every company needs to raise capital, however; they choose to skip parts of the IPO route. That's the case with Slack. The company had $841 million on its balance sheet as of Jan. 31, so it has capital to work with. Slack is merely looking for a way for early investors to cash in on their private investment. Thus, Slack is opting not to issue new shares and is choosing the simpler direct listing of existing shares, or DPO.

Should investors climb aboard?

Investing in an IPO can be precarious at the best of times. Since Slack has chosen the DPO process, investment banks aren't providing guidance as to how the company should price its shares, relying instead on recent private placements to inform that decision. Even Slack admits those prices may have no bearing on reality, saying in its regulatory filing that the price "may have little or no relation to the opening public price of our shares ... or the subsequent trading price of our shares."

Investors should understand the higher degree of risk involved before considering investing in Slack.