Please ensure Javascript is enabled for purposes of website accessibility
Log In Help Join The Motley Fool
Free Article Join Over 1 Million Premium Members And Get More In-Depth Stock Guidance and Research
By Brian Orelli, PhD – May 13, 2019 at 3:54PM

It'll be a few months before the company can secure new clients for its pharmacy benefit manager business.

Diplomat Pharmacy (DPLO) started off its rebuilding year with mediocre revenue, which was to be expected after its specialty pharmacy business ran into stiff competition and the pharmacy benefit manager (PBM) business lost quite a few clients. With most potential clients on a Jan. 1 start date, investors will have to wait until later in the year to hear about a potential rebound. 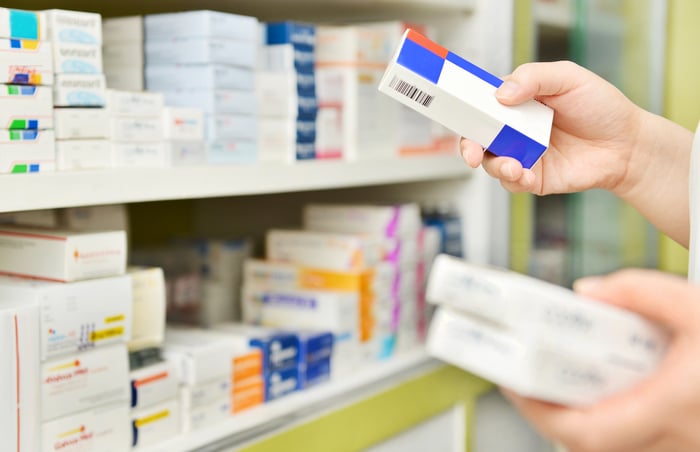 Diplomat's CEO and chairman Brian Griffin highlighted the infusion business as one of the shining spots for the company: "Within our infusion therapeutic area, Diplomat continues to be successful and partnering with major health plans as a specialty infusion partner, and in 2019 is on track to sign more participating provider agreements than in 2018. We continue to observe strong performance in this area and remain positive for 2019."

While CastiaRx struggled to keep clients and sign up new ones for 2019, the company has fixed its issues with poor service, and Griffin noted an uptick in requests for proposals (RFPs) that could help Diplomat get the business back on track:

CastiaRx is making a concerted effort to develop opportunities with larger clients. We've seen RFPs from some larger corporations, which if awarded would be a substantial opportunity relative to the size of the business today. We still expect to be awarded new business in 2019. In addition, our 2020 pipeline is extremely encouraging. It is substantially higher today than it was at the same time last year. We remain confident in our PBM strategy, but as we previously indicated, 2019 is a rebuilding year.

The profit line was revised down to an expected loss of $33 million to $44 million, from a previous expectation of a loss between $26 million and $37 million. The larger loss comes from an adjustment to tax expectations; the company expected to get a state tax benefit but will now have to record a valuation allowance, wiping out -- on a GAAP basis -- any benefit it receives.