Please ensure Javascript is enabled for purposes of website accessibility
Free Article Join Over 1 Million Premium Members And Get More In-Depth Stock Guidance and Research
By Danny Vena - May 14, 2019 at 1:33PM

Comcast will keep its 33% stake for now, but it has the option to sell to Disney in five years for a minimum of $5.8 billion.

A portion of that complication was removed last month, when AT&T sold its minority stake back to Hulu for $1.43 billion, in a deal that set the value of the streaming unit at about $15 billion.

On Tuesday, Disney and Comcast announced a wide-ranging deal that immediately gives Disney full operational control of Hulu. The deal cements Disney's hold on the No. 3 streaming service in the country. 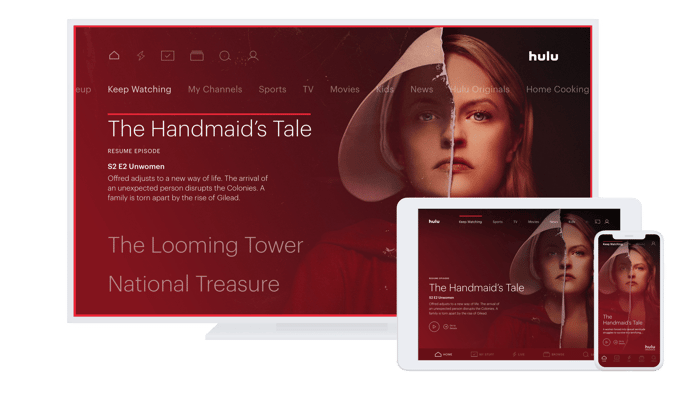 Under the deal, Comcast can require Disney to buy its 33% interest in Hulu as early as January 2024. After that date, either party can initiate the sale proceedings. Comcast's sale price will be based on a minimum valuation for Hulu of $27.5 billion, or the appraised value of the streaming unit at the time of sale, whichever is higher. Disney is essentially guaranteeing that it can raise the market value of Hulu by at least 83% in the coming five years.

Disney and Comcast will both fund Hulu's purchase of its equity stake from AT&T, which increased Disney's stake to 66% and Comcast's position (via NBCUniversal) to 33%.

Another interesting part of the deal is that Comcast has the option (but not the obligation) to fund its future portion of Hulu's operations, or it can simply reduce its stake in the streaming platform by a commensurate amount. As a result, Comcast's equity stake could decline over time, but Disney has guaranteed that Comcast's ownership will never fall below 21% and that its payout for the share will never be less than $5.8 billion.

Disney will continue to pay Comcast for the NBCUniversal content that appears on Hulu for the coming five years (currently at a rate of more than $500 million a year). When NBCUniversal launches its own streaming service in about a year, the licensed programs will no longer be exclusive to Hulu, allowing Comcast to show them on its upcoming over-the-top service. Hulu Live will also continue to carry the NBC channels until at least late 2024.

"Hulu represents the best of television, with its incredible array of award-winning original content, rich library of popular series and movies, and live TV offerings," said Disney CEO Bob Iger. "We are now able to completely integrate Hulu into our direct-to-consumer business and leverage the full power of the Walt Disney Company's brands and creative engines to make the service even more compelling and a greater value for consumers."

A streaming strategy in place

This is the latest move by Disney to roll out a comprehensive streaming strategy. In 2018, its sports unit, ESPN, launched its companion streaming service -- ESPN+ -- which quickly grew to more than 2 million subscribers in less than a year. Just last month, Disney provided details about its flagship streaming service -- Disney+ -- which will cost $6.99 per month or $69.99 per year and will debut on Nov. 12.

Having full operational control of Hulu fills out Disney's trio of streaming offerings. The company will populate Disney+ with family-friendly fare from across its movie and television studios, while edgier content will likely find a home on Hulu. Disney has also said it will "likely" offer an over-the-top skinny bundle of streaming services to consumers at a discount.

These moves will vault Disney ahead of a host of competitors, immediately making the company a force to be reckoned with in the emerging streaming industry.