Please ensure Javascript is enabled for purposes of website accessibility
Free Article Join Over 1 Million Premium Members And Get More In-Depth Stock Guidance and Research
By Billy Duberstein - May 14, 2019 at 8:21AM

As an alternative to third-party research, certain large semiconductor companies can also provide important sources of information on the broader technology industry. That's especially important now that tensions between the U.S. and China have escalated. President Trump tweeted last Sunday that tariffs would be going up on $200 billion of Chinese goods, with the potential for another $325 billion "shortly." The tweet caused a tech sell-off last week as investors became far more uncertain about global growth.

Two such companies are Texas Instruments ( TXN -1.03% ) and Microchip Technology ( MCHP -1.15% ), which have large, broad-based products and customer bases across the globe. In a somewhat fortunate instance of timing, Microchip Technology came out with its quarterly earnings release and analyst call just a couple days after the tariff-hike announcement.

Here's what Microchip management had to say about the trade war escalation and how it could affect demand. 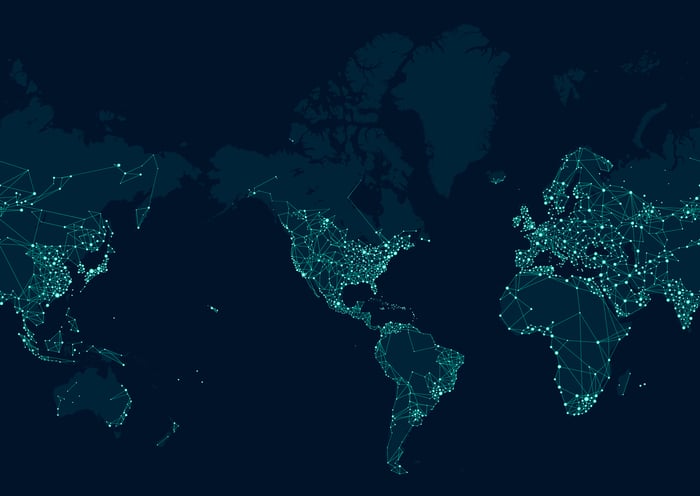 Sanghi is confident in his predictions

First, Sanghi is fairly confident in his take on industry demand, pointing to predictions made last summer as evidence. Microchip was one of the first companies to predict an industry slowdown, resulting from the heightened trade tensions that began around one year ago. Sanghi said, "The guidance we provided for the September quarter of last year, which reflected our caution on business conditions, turned out in retrospect to be spot on and was a harbinger for broader industry weakness through the last several quarters."

Sanghi also stuck to his guns in saying that the quarter ending in March was the bottom of the cycle. However, before semiconductor investors go out and celebrate, he also didn't say exactly how the recovery would take shape. "We said that last quarter we did not know the shape of the recovery, whether it is V, U or L shaped, and it would depend somewhat on the outcome of the trade talks. Towards that end, we did not get a settlement on the trade front."

Many chip stocks have exhibited a strong recovery since the beginning of the year on hopes for a demand recovery. However, as Sanghi says, the timing and magnitude of the recovery are still highly uncertain, and the recent deterioration in trade talks is likely to make the shape of that recovery a bit flatter.

Why trade war uncertainty weighs on semiconductors so much

One might wonder why it is that trade war uncertainty -- even perhaps more than a definitive, negative outcome -- affects semiconductor demand so much. In the conference call, Sanghi gave a comprehensive answer:

The world economy largely runs on people building to forecast. Every manufacturer builds a large amount of their products on forecast from electronic stores to grocery stores to furniture stores. You go to a store, a grocery store is full of grocery. And you put it in the bags and you go home. If the manufacturers did not put the grocery store inventory, you would go there and just place your order and come back in two days to pick it up. So in an uncertain environment, when our customers are not able to figure out the demand for their products because they do not know whether they will be able to pass a 25% tariff to their end customers in their environment, they stop building to a forecast and they largely want to build to hard orders where they can negotiate the price increase. ... So in that environment, the ecosystem squeezes down the inventory, from end customer inventory to loading docks to intermediate hubs to stores to everywhere else. And that creates a negative impact on our ability to supply chips, which then eventually go into parts. And you have seen that phenomena experienced by every other semiconductor manufacturer.

Sanghi went on to say that even if there is a breakdown in the trade deal or a less-than-ideal trade deal, where some tariffs remain, that would probably be even better for chip demand than not knowing what the rules are.

As long as there's a finality on the settlement where the people know what the rules are, then the manufacturers can adjust to those rules and can negotiate with their customers to pass the additional cost, whether it's 5%, 10% duty cost. As long as there's a finality I think will be positive for the business. ... But even if it is not the ultimate best but there's some sort of finality, I think that would be better than the uncertainty we're dealing with.

On the positive side, it looked as if things were getting better for Microchip's business -- at least prior to the trade war escalation. Microchip noted that April's bookings were stronger than January's, so the current quarter was tracking ahead of last quarter, giving credence to the assertion that the quarter ending in March was the bottom. Sanghi noted that Chinese stimulus measures during the first quarter had improved activity in that important market.

Yet Microchip also guided to flat sequential revenues for the current quarter but with a wide range of plus or minus 5%. Sanghi explained that Microchip's guidance was affected by Trump's tweet, which had occurred just three days prior. Piper Jaffray analyst Harsh Kumar asked whether Microchip would have given much better guidance had it reported earnings in the prior week, before the president's tweet.