Please ensure Javascript is enabled for purposes of website accessibility
Log In Help Join The Motley Fool
Free Article Join Over 1 Million Premium Members And Get More In-Depth Stock Guidance and Research
By Rick Munarriz - May 14, 2019 at 8:45AM

The Chinese streaming music giant beats expectations in its second earnings report as a public company.

Revenue rose 39% to $855 million, just ahead of the $850 million that analysts were targeting. Top-line growth is decelerating from the 84% it served up through the first nine months of last year and the 51% uptick it scored in the fourth quarter, its first earnings report as a public company. It's still a welcome top-line beat, something that investors were treated to the first time around.

The path down the income statement has been bumpy in both reports, and this time we saw operating profit and net income rise 23% and 15%, respectively. However, adjusted earnings of $0.11 a share was also just above the $0.10 a share that Wall Street pros were modeling. Tencent Music Entertainment finally got it right the second time around. 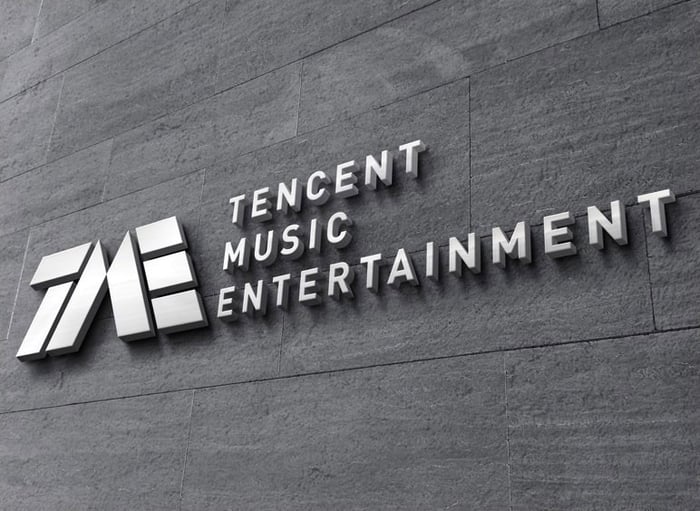 Singing in a new key

Tencent Music Entertainment's biggest business is social entertainment, accounting for 72% of its revenue. The segment is growing faster than the rest of the business, with revenue climbing 44% over the past year. The more traditional music streaming platforms grew at a still-respectable 28% clip.

It was a solid quarter for Tencent Music Entertainment, but the announcement on Monday night that co-president and board member Guomin Xie was resigning for personal reasons early next month initially ate into the market's enthusiasm for the stock.

Tencent Music Entertainment continues to trade above its IPO price since going public at $13 in mid-December. It was a rough time to go public, and things aren't much better now with trade tariff tensions keeping Chinese growth stocks in check. Tencent Music Entertainment remains a name that investors will want to consider when Chinese equities bounce back. It is highly profitable -- something that can't be said for many of the world's other streaming music specialists -- and it's hard to dismiss the prospects for a company that controls roughly 75% of China's streaming music market. This may be the second time in as many quarters in which the stock fades out during earnings season, but as long as it continues to grow profitably, it will eventually learn how to pump up the volume.