Please ensure Javascript is enabled for purposes of website accessibility
Log In Help Join The Motley Fool
Free Article Join Over 1 Million Premium Members And Get More In-Depth Stock Guidance and Research
By Jim Crumly – May 14, 2019 at 5:03PM

Stocks recovered some of yesterday's losses, with Disney and Comcast signing an agreement on Hulu and Ralph Lauren reporting earnings.

The stock market staged a partial comeback from yesterday's sell-off, with the Dow Jones Industrial Average (^DJI) and the S&P 500 (^GSPC -1.51%) recovering a bit less than half of their losses from Monday. Indexes are being whipsawed by the prevailing outlook for a trade deal with China, and tweets from President Trump fueled some optimism today. 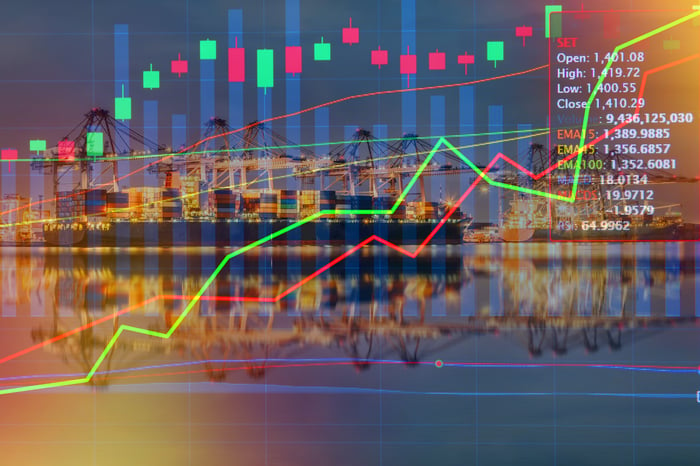 Disney has made a deal with Comcast to take full operational control of Hulu immediately while allowing Comcast to benefit from the growing value of its 33% ownership of the streaming service. Disney stock rose 1.4% and Class A Comcast shares gained 1.5%.

Under the complex deal, either company can require a sale of Comcast's stake in Hulu to Disney after January 2024 for a price determined by independent experts, but no less than what would value Hulu at $27.5 billion. The service was valued at $15 billion just last month when Hulu bought back AT&T's stake in the the streaming platform, a deal that Comcast agreed to fund in proportion to its one-third ownership.

Should Hulu require additional equity capital in the next five years, Comcast will have the option of either funding a third of the requirement or reducing its ownership of Hulu, down to a minimum of 21%. NBCUniversal will continue to license content to Hulu.

Disney is now free to run Hulu as it wishes, and it plans to integrate the service into its nascent direct-to-consumer business alongside Disney+ and ESPN+.

Ralph Lauren beat expectations for its fiscal fourth quarter, but softness in North American sales disappointed investors, and shares dropped 3.7%. Revenue fell 1.5% to $1.51 billion, which was better than the 3.9% decline analysts were expecting. Adjusted earnings per share, excluding restructuring charges and other one-time expenses, were up 18.8% to $1.07, better than the $0.89 analyst consensus.

A year into the company's "Next Great Chapter" plan, profitability is improving, with adjusted gross margin 30 basis points above the level in Q4 last year due reduced promotions and improved pricing. The operating expense rate declined 40 basis points.

The results showed progress in some areas, but after a good report last quarter, investors were hoping for better sales in Ralph Lauren's home market.