Please ensure Javascript is enabled for purposes of website accessibility
Log In Help Join The Motley Fool
Free Article Join Over 1 Million Premium Members And Get More In-Depth Stock Guidance and Research
By Maxx Chatsko - May 15, 2019 at 8:15AM

The volatility never seems to end for Myriad Genetics (MYGN 2.00%) shareholders. The latest storm hit after the genetic testing leader announced fiscal third-quarter 2019 earnings. The company lowered full-year 2019 expectations for earnings per share (EPS) and prepared investors for revenue to come in at the low end of guidance.

That's not exactly what Wall Street wanted to hear, but was the ensuing $500 million haircut justified? Well, on one hand, analysts are concerned that Myriad Genetics is struggling to establish stable pricing for its products in the face of an onslaught of competition. On the other hand, management remains confident in the ability of the business to achieve adjusted EPS of $2 per year in the near future.

Investors would be best served taking a nuanced outlook. 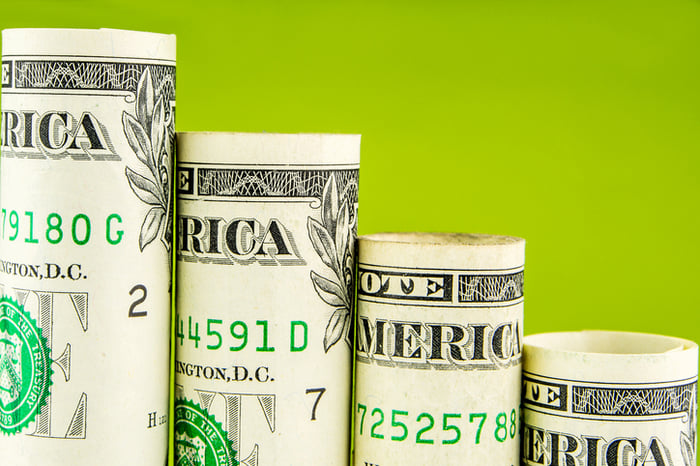 Myriad Genetics turned in a respectable performance in Q3. The company delivered year-over-year increases in revenue, gross margin, and adjusted EPS. In fact, the genetic testing leader reported one of its most profitable quarters ever on an adjusted basis.

The business achieved higher revenue for its hereditary cancer tests, which accounted for 56% of total revenue during the most recent quarter. Its other testing products delivered mixed results. GeneSight and Vectra saw year-over-year declines in sales, while Prolaris and EndoPredict enjoyed revenue growth.

The driving force was the portfolio of prenatal tests, added from the Counsyl acquisition, which contributed $30.6 million in revenue in Q3. That was responsible for 91% of total year-over-year revenue growth, as the assets didn't contribute in the year-ago period. And as CFO Bryan Riggsbee noted on the quarterly earnings conference call, Counsyl also was the sole source of the increases in the major categories of operating expenses compared to fiscal 2018.

As the table above shows, that jump in operating expenses weighed heavily on profitability. While the quarter was one of the most profitable on an adjusted basis, investors might want to investigate the meaning of "adjusted."

Myriad Genetics reports adjusted earnings to account for certain amortization expenses, stock-based compensation, and costs related to rolling out its operational efficiency program called Elevate 2020. That's not at all unusual, but a closer look reveals that the amortization of intangible assets was responsible for 47% of all the adjustments made in Q3. That alone was equivalent to $0.20 per share of adjusted EPS, up from $0.13 per share of adjusted EPS in the year-ago period.

Considering goodwill and intangibles accounted for 72% of total assets at the end of March -- 20% is generally considered a red flag -- investors cannot overlook the risk that the business is relying on accounting, rather than performance, to drive earnings growth. 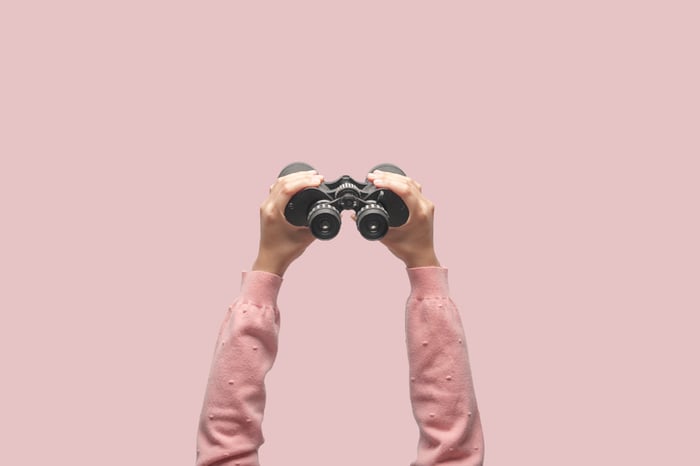 Wall Street is starting to take notice of the fact that amortization of intangibles is driving adjusted EPS growth and weighing on actual earnings. The concern is evident when comparing full-year fiscal 2019 guidance changes from the last two quarterly periods:

Investors can see that the largest change in guidance came from actual earnings, while adjusted EPS is expected to come in near the high end of the previous range. It matters greatly to Wall Street analysts -- and it should to shareholders as well.

Myriad Genetics faces intense competition from companies like Color Genomics, Invitae, Genomic Health, and NeoGenomics. The surge in competitors has eaten at the company's pricing premium in recent years. While it still enjoys a slight premium owing to the superior quality of its tests, the gap is quickly shrinking. If the business becomes too reliant on the amortization of intangibles to drive adjusted earnings growth, and those intangibles aren't driving real earnings growth, then a massive write-off of intangible assets could be in the company's future.

For now, all investors can do is hope Myriad Genetics delivers on its pricing stabilization goals and reins in operating expenses as it integrates Counsyl.