Please ensure Javascript is enabled for purposes of website accessibility
Log In Help Join The Motley Fool
Free Article Join Over 1 Million Premium Members And Get More In-Depth Stock Guidance and Research
By Brian Feroldi - Updated May 15, 2019 at 1:04PM

The cloud-based software company is hiring like crazy in an effort to drive its next phase of growth.

Management had previously warned investors that it was going on a hiring spree in an effort to level up its product offering and commercial team. Those investments helped drive top-line growth of 34% during the quarter, which was a faster rate than predicted. Management was also able to announce a full suite of new products that will be rolled out in the year ahead.

The outperformance on the top help helped the company's bottom line to hold up well even with the accelerated spending. However, investors should note that the company's non-GAAP year-over-year comparisons are a bit misleading at the moment because New Relic adopted a new accounting standard called ASC 606 in fiscal 2019. The numbers will become more useful in time once they can be compared on an apples-to-apples basis. 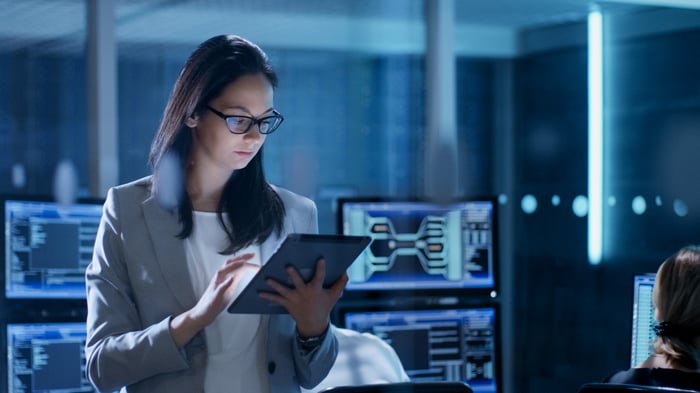 Zooming out to the full fiscal year, here's a review of the company's key metrics:

New Relic's CEO and founder, Lew Cirne, stated that fiscal 2019 was "very productive" and that its focus on enterprise customers helped drive the financial outperformance.

Cirne also expressed his enthusiasm for a number of product launches that are planned for 2020. This includes the recent launch of a product called New Relic One: "We are kicking off FY20 with the launch of New Relic One, the industry's first entity-centric observability platform, designed to help our customers with complex environments find, visualize, and understand everything they need to create more perfect software. New Relic One is also our platform for delivering brand-new innovations to market -- and we expect to end the year with at least nine paid products."

CFO Sachleben stated that the company will continue to spend lavishly on building out its product suite and commercial teams. Sachleben's guidance for the upcoming quarter suggests that the elevated spending growth will put pressure on the bottom line:

CEO Cirne ended his prepared remarks on the call with investors by stating that the investments that are being made in the business today will allow the company to reach a revenue run rate target of $1 billion by fiscal 2022.