Please ensure Javascript is enabled for purposes of website accessibility
Log In Help Join The Motley Fool
Free Article Join Over 1 Million Premium Members And Get More In-Depth Stock Guidance and Research
By Jim Crumly – May 16, 2019 at 5:07PM

Two companies whose businesses are affected by tariffs on Chinese goods reported results. Walmart (WMT -0.93%) and Cisco Systems (CSCO -1.12%) increased optimism that companies can adapt to the challenging trade environment. 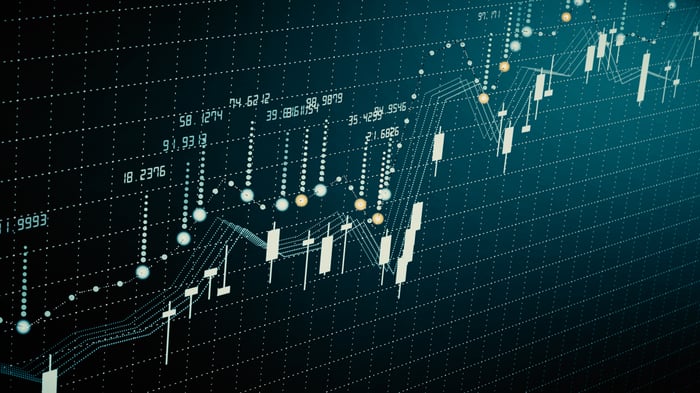 Walmart missed revenue expectations but beat profit forecasts in the first quarter, and shares rose 1.4%. Revenue grew 1% to $123.9 billion but was up 2.5% to $125.8 billion excluding currency effects. Adjusted earnings per share fell $0.01 to $1.13. Analysts were expecting the company to earn $1.02 per share on revenue of $125 billion.

Comparable-store sales in Walmart U.S. rose 3.4%, the best Q1 increase in nine years, and U.S. e-commerce sales grew 37%. Net sales at Walmart international declined 4.9% but grew 1.2% excluding currency to $30.6 billion. Companywide operating income fell 4.1%, mostly due to inclusion of results from the Flipkart acquisition. Walmart is continuing to invest in expanding its online business, saying that its newly announced one-day shipping service will reach 75% of the U.S. population by the end of the year.

In an interview with Reuters, CFO Brett Biggs said that Walmart has not seen a slowdown in consumer spending, and that while tariffs will result in higher prices, the company is working on obtaining products from different countries.

Shares of Cisco Systems jumped 6.7% after the company reported third-quarter results and reassured investors about the potential impact of tariffs. Revenue of $13 billion represented an increase of 6% excluding the effect of a divestiture, and came in at the top of the company's guidance range. Non-GAAP earnings per share grew 18% and were also at the top of its forecast three months ago.

Product revenue, accounting for 75% of the total, grew 7% led by 21% growth in the security segment. Service revenue increased 3%, with subscriptions comprising 65% of the total, up 9 points from the period a year ago.

Observers had been particularly concerned about the impact of tariffs on Cisco's business, but the company's comments during the conference call eased the worry. Cisco forecast Q4 revenue would grow 4.5% to 6.5%, well above the 3.5% Wall Street was expecting, saying that the impact of tariffs was already baked into that guidance. CFO Kelly Kramer said that the company has "greatly, greatly reduced" its exposure to Chinese manufacturing through shifts in its supply chain and suppliers.