Please ensure Javascript is enabled for purposes of website accessibility
Log In Help Join The Motley Fool
Free Article Join Over 1 Million Premium Members And Get More In-Depth Stock Guidance and Research
By Danny Vena – May 17, 2019 at 5:11PM

The media powerhouse now has operational control over Hulu, and there are so many ways to win.

News broke yesterday that Disney (DIS 2.97%) and Comcast (CMCSA 5.36%) had hammered out an agreement that will result in the cable giant selling its 33% Hulu stake to Disney in five years' time. Either company has the option to trigger the sale, and Comcast gets the added bonus of a minimum payout of $9.075 billion, even if Hulu is worth less. If it's worth more, Disney will pay more.

At first glance, it may appear that Comcast came out ahead on the deal. Dig a little deeper, however, and it's apparent that there are a host of ways this agreement benefits the House of Mouse. Let's dig in and see why this is such a great arrangement for Disney. 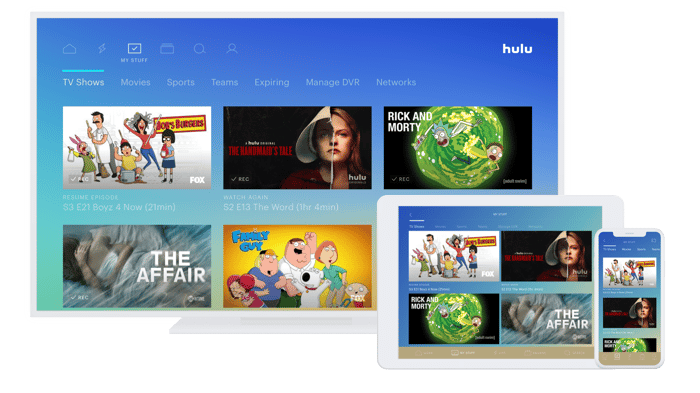 Operational control of Hulu opens the door for Disney to offer consumers a streaming bundle once Disney+ launches in November. During the company's investor day presentation in April, Kevin Mayer, chairman of Disney's direct-to-consumer and international division, said the company would "likely" bundle its streaming services for customers.

The combination of the family-friendly fare on Disney+, edgier content on Hulu, and sports on ESPN+ provides something for everyone, and a bundle of these services will likely be an immediate hit.

Disney has the confidence of knowing that Hulu will be brought into the fold in five years, but for now, Comcast continues to help foot the bill. The cable giant still owns a 33% share and, as such, will continue to pay for its portion of Hulu's operating budget.

Hulu's revenue topped $1.5 billion for 2018, up 45% year over year, but the company also reportedly lost $1.5 billion last year, with similar losses expected in 2019. Disney expects Hulu to be profitable by 2024, just about the time its deal with Comcast expires. Until then, Comcast will continue to pay its fair share, helping Disney defray costs.

One of the unfortunate realities of the Fox deal was that Disney's debt pile grew by some $34 billion. Buying out Comcast's share of Hulu now would have meant taking on even more debt to finance the purchase.

We don't know exactly what price the companies would have settled on, but last month, Hulu bought back AT&T's 9.5% stake for $1.43 billion, valuing the company at about $15 billion -- meaning Disney would had to have forked over about $10 billion for Comcast's share of the streaming unit. By structuring the deal the way it did, Disney doesn't have to come up with the money to fund the Hulu purchase for at least half a decade. 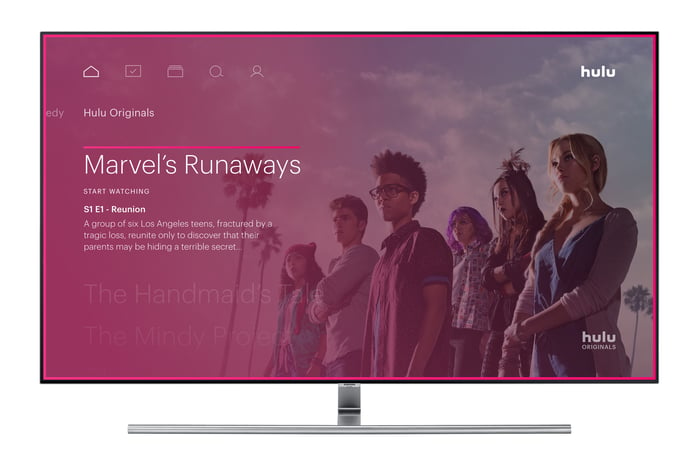 Disney has made no secret of the fact that it has global ambitions for Hulu. During the company's fourth-quarter conference call, Disney CEO Bob Iger said, "We also plan working with Hulu to introduce Hulu in more international markets as well...we'll meet with the Hulu management team...and discuss what the opportunities are in terms of both global growth and investing more in content, but that's something that we have to do after the deal closes."

We also know from Disney's investor day that the company plans to aggressively roll out Disney+ to international markets, reaching Europe, Asia-Pacific, and Latin America, all within two years of its debut. Now that Disney has operational control of Hulu, it's easy to see how the company could expand those plans to include Hulu, accelerating its expansion across the globe.

Over the next several years, Hulu's licensing agreement with Comcast's NBCUniversal will continue, and the company will have access to current-season content for at least the next three years. Additionally, the deal will be bringing Hulu to Comcast's Xfinity X-1 cable platform, expanding its reach.

NBCUniversal will have the right to use its programming on its own streaming service, once it's up and running, which is expected to happen in about a year. However, since the programming will no longer be exclusive to Hulu at that point, that will reduce the licensing fees Hulu will pay NBC for its content.

The three-year window will give Hulu a sufficient amount of time to replace the NBC programming it will lose when the deal expires.