Please ensure Javascript is enabled for purposes of website accessibility
Log In Help Join The Motley Fool
Free Article Join Over 1 Million Premium Members And Get More In-Depth Stock Guidance and Research
By Chris Neiger – May 17, 2019 at 4:28PM

It also said it might test other hardware devices, but Spotify insists it's not entering the consumer hardware market.

Spotify (SPOT -6.50%) said today in a blog post that it's testing a consumer hardware device that can play music and podcasts through car speakers. The device, called Car Thing, can be controlled with voice commands and is being tested in the U.S. with only a small group of Spotify Premium members.

Aside from being a voice-controlled device, an image mockup of Car Thing appears to have a small screen and several buttons. 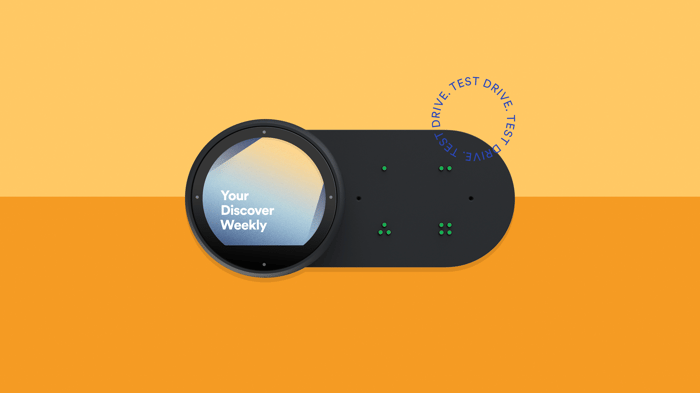 Spotify said in the post: "While we know there has been some speculation about our future plans, Car Thing was developed to help us learn more about how people listen to music and podcasts. Our focus remains on becoming the world's number one audio platform -- not on creating hardware."

Though the company claims it doesn't want to make hardware, Spotify added that, "We might do similar voice-specific tests in the future, so don't be surprised if you hear about 'Voice Thing' and 'Home Thing'."

Spotify doesn't have any plans to bring Car Thing to consumers, and instead said that what it learns from the device tests will be used to "dictate how we develop experiences everywhere you listen."

Why Spotify may be focusing on hardware testing

Spotify dabbling in consumer devices, even if it never releases them to the public, is noteworthy because of the company's massive command of the music streaming market. The company has 217 million global monthly active users.

And focusing its attention on in-car hardware makes sense considering Americans spend a combined total of 70 billion hours in their cars every year, according to Spotify.

But the bigger picture here may be the fact that Spotify is open to testing new ways for listeners to engage with its service -- whether that ends up being a consumer device, a new voice-controlled app, or something else entirely -- because it's facing increasing pressure in the U.S. as Apple (AAPL -4.91%) Music has grown.

Some estimates put Apple Music's U.S. paid subscribers ahead of Spotify in early April, but by the end of the month, it looks as if Spotify may have reclaimed the top spot.

Either way, Apple and Spotify are now locked in a battle for music subscribers as Apple is doubling down on its services business. Spotify has faced music streaming competition in the past, but none has threatened its U.S. market quite as much as Apple.

This latest news about Spotify testing music hardware may be a way for the company to understand better what its American audience wants to listen to so it can figure out a way to stay ahead of Apple's encroaching music streaming service.

Nothing to worry about (yet)

Spotify said in its first-quarter 2019 results that it has 100 million premium subscribers, which was a 32% increase year over year. Meanwhile, Spotify's sales jumped 33% to $1.5 billion and the company's service now operates in 79 countries, including its latest move into India.

The company's strong sales and paid member growth mean Spotify may not have much to worry about just yet. But as Apple continues to make advances in the U.S., Spotify will have to figure out new ways to keep existing paid customers and convert free accounts to premium memberships. Testing out new consumer devices may not be the answer, but it's clear Spotify is trying to figure out everything it can about its U.S. consumers so that it doesn't lose their business.