Please ensure Javascript is enabled for purposes of website accessibility
Log In Help Join The Motley Fool
Free Article Join Over 1 Million Premium Members And Get More In-Depth Stock Guidance and Research
By Adam Levine-Weinberg - May 19, 2019 at 12:10PM

The top two off-price retailers have a unique ability to shrug off the headwinds that often undermine their rivals' results.

That said, retail sales trends have become volatile recently. Many retailers have reported sales slowdowns over the past six months or so -- including smaller off-price retailer Burlington Stores (BURL 1.38%).

With TJX and Ross Stores set to report their first-quarter results next week, investors are wondering whether they, too, succumbed to the headwinds facing retailers. However, there are good reasons to believe that both companies managed to outperform most of their rivals last quarter, especially TJX.

One of the most impressive things about TJX and Ross Stores is their consistency. Year in and year out, both chains post solid sales growth, despite the occasional execution mistake. Indeed, fiscal 2018 was the fourth consecutive year that Ross Stores posted a 4% comp sales increase. TJX has also averaged 4% comp sales growth over that period, including a 6% comp sales gain last year, a 2% increase the year before, and a 5% comp for the year before that.

Both companies also provide conservative forecasts, so investors can usually be confident that they will meet their official targets, even in a downside scenario. Most of the time, they exceed those forecasts.

With that in mind, Ross Stores projected that comp sales would rise 0% to 2% in the first quarter, despite merchandise planning mistakes in its ladies apparel business. Management forecast that earnings per share would come in between $1.05 and $1.11, compared with $1.11 a year ago. Analysts expect total sales to rise nearly 6% to $3.79 billion, along with EPS of $1.12.

By contrast, TJX was firing on all cylinders entering this year. As a result, its initial outlook for the first quarter called for a 2% to 3% comp sales gain. That said, TJX warned that higher freight costs, wage increases, and currency headwinds would hurt EPS by 7% in the quarter. As a result, it estimated that EPS would fall slightly to $0.53 or $0.54, compared to $0.56 in the prior-year period. Analysts expect total sales to rise 6% to $9.21 billion and EPS of $0.55.

TJX and Ross Stores can buck a slowdown 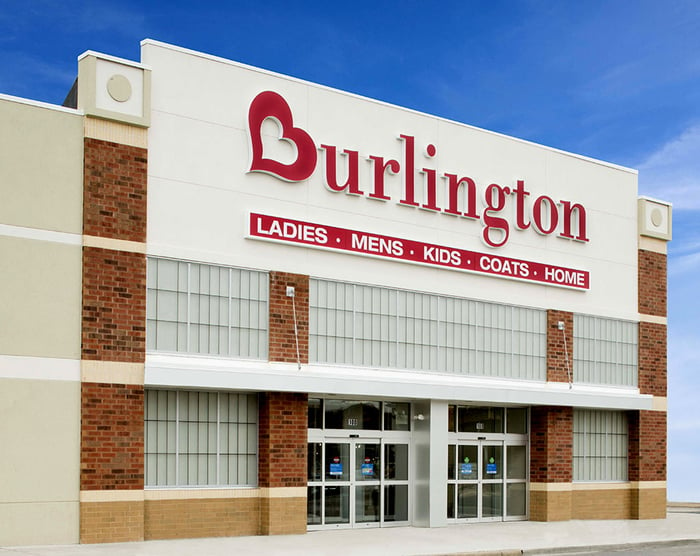 However, it's noteworthy that both of those competitors had already experienced meaningful slowdowns in the fourth quarter. By contrast, TJX and Ross Stores posted 6% and 4% comp sales increases, respectively, during Q4, exactly in line with their full-year sales trends.

Obviously, the strong fourth-quarter results are no guarantee that TJX and Ross Stores saw similar success last quarter. But it should be clear that both off-price leaders are capable of strong sales growth even when most retailers are struggling.

Tariffs shouldn't hurt much, either

Higher tariffs are a new landmine that many retailers will face in the coming quarters, after the U.S. recently raised tariffs on $200 billion of Chinese imports and threatened to impose more tariffs later this year.

The ultimate impact of these tariffs on the retail industry isn't clear yet, but TJX and Ross Stores have little reason to worry. For one thing, off-price retailers have more flexible supply chains than their traditional peers, giving them more ability to mitigate tariff impacts. In addition, to the extent that other retailers raise prices to offset tariff costs, it will allow TJX and Ross Stores to either recapture their own tariff costs or gain market share by keeping prices down.

There are no guarantees in investing. Nevertheless, investors should feel pretty comfortable about the ability of the two top off-price retailers to continue performing well this year, despite the potential headwinds they may face.