Whether it's imminent or not, it's always a good idea to be prepared.

It won't be official until this summer, but the most recent data suggest the United States is (most likely) in the longest economic expansion in its history. July will mark 121 consecutive months of gross domestic product (GDP) growth. Of course, that also means that the economy is overdue for a recession, according to historical averages.

While the next market crash isn't guaranteed, and the next recession could be mild, it wouldn't hurt to sweep through your portfolio and ensure you have a healthy dose of stable businesses. In the search for recession-proof stocks, we asked three contributors at The Motley Fool for their best picks. Here's why they chose Zoetis (ZTS -2.22%), Consolidated Edison (ED -0.99%), and Amazon (AMZN -2.42%). 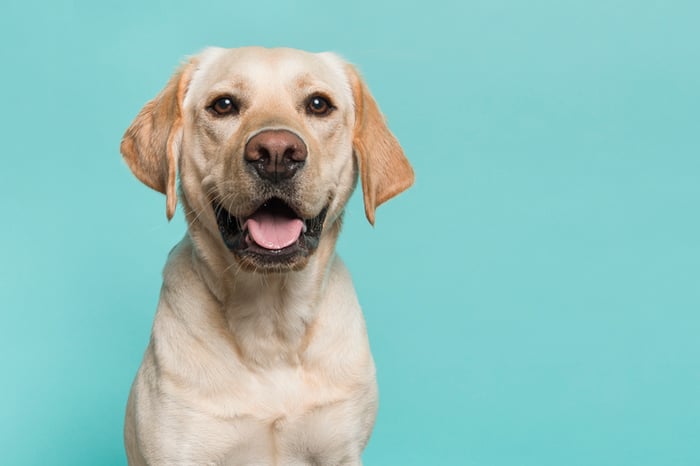 Who's a good boy for your portfolio?

Maxx Chatsko (Zoetis): Recession or not, people are likely to keep providing healthcare for their beloved furry friends. Similarly, while farmers and ranchers might downsize operations during economic downturns, they'll need to protect their remaining livestock to protect their livelihoods. That makes Zoetis an intriguing stock to hold during the next market crash.

The $48 billion animal health leader develops, markets, and distributes some of the tick, flea, and allergy medications you purchase each year for your pets. It manufactures vaccines, anti-infectives, animal feed additives, and veterinary diagnostics, too. And not just for cats and dogs -- the company's products cover horses, cattle, pigs, poultry, and even fish.

The focus on high-margin pet products has carried the business since Pfizer spun it off in 2013. It should keep the business humming along during the next recession, too. Zoetis generated 41% of total revenue from products for cats and dogs in 2018, a much higher share than its closest publicly traded rival. That allowed the business to convert 24% of revenue into net income last year.

It's important to note that no investment is risk-free. One reason Zoetis enjoys high margins today is that veterinarians are the primary distribution channel, but margins could be pressured if more pet owners turn to third-party channels such as retail stores or online purchases. Of course, with 24% net margins there's room to spare. Considering full-year 2019 revenue guidance calls for year-over-year growth of at least 5%, this animal health leader is as solid as they come. 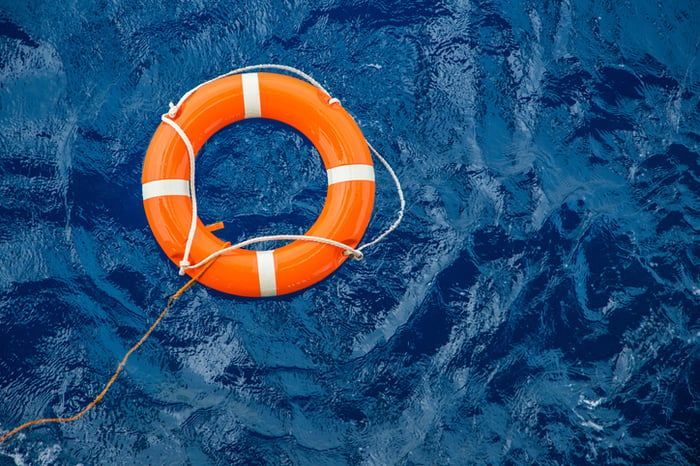 Neha Chamaria (Consolidated Edison): Even if the economy were to sink, there are some things you and I will still need to buy as we go about our daily lives. This simple logic explains why utilities that supply essentials like electricity and gas make for typical recession-proof stocks, which is why I strongly recommend utility stocks if you're worried about a market crash.

A company like Consolidated Edison, for example, should be able not only to weather the storm but also to send you regular dividend checks. A bear market, in fact, is the perfect time to own dividend growth stocks. While past performance doesn't guarantee future results, it's worth knowing that during the financial crisis of 2008, not only did Con Ed stock not fall as much as the broader market, it also made a swifter recovery in the following years. 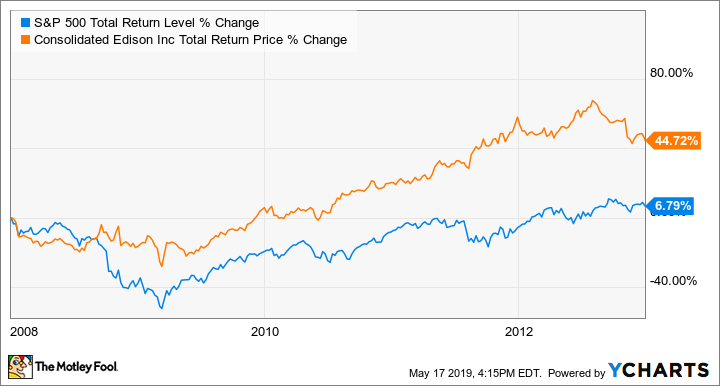 It's fair to credit Con Ed's steadily growing dividends for the stock's outperformance, especially after a bear phase. Con Ed has increased its dividend every year for 45 consecutive years. In the past five years, Con Ed's dividends have also grown at an accelerated compound annual rate of 3.3% in the past five years. Credit goes to a largely monopolistic, regulated business in a key market like New York City and surrounding areas, a conservative balance sheet, and prudent capital allocation.

Given that a regulated utility's capital spending is a key deciding factor in gaining approval for any hike in tariff from the regulatory authorities, Con Ed has outlined investments worth nearly $12 billion between 2019 and 2021, with 90% going toward its regulated business. That should ensure higher revenues and cash flows for the company and greater dividends for shareholders. If the market falls, you'll at least have a good 3%-plus dividend yield to fall back on. 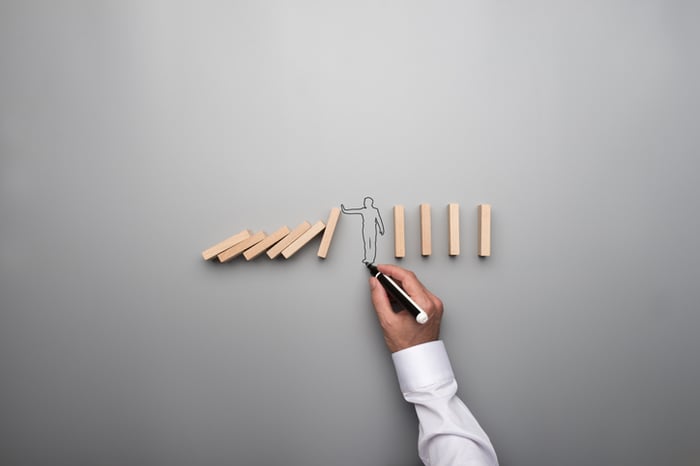 mazon is a triple threat

Chris Neiger (Amazon): As the leading e-commerce company in the U.S. with 47% of all online sales, Amazon is a behemoth. Sales in the most recent quarter jumped 17% to $59.7 billion, and the company's operating income of $4.4 billion outpaced the high end of management's guidance of $3.3 billion.

It might seem counterintuitive to bet on an e-commerce company in a market downturn, considering that a crash could coincide with overall economic stresses that cause consumers to spend less. But Amazon has built out a massive user base of more than 100 million Prime members who aren't likely to give up free two-day shipping (soon to be one-day). Amazon's site offers everyday essentials like toilet paper to contact lens solution, and the company continues to add benefits to membership (like more original video streaming content) that make it well worth the $119 yearly cost.

Aside from its e-commerce dominance, Amazon is quickly building itself into a digital advertising company through display ads and promoted items on its site. By 2020 the company will have about 7% of this market, up from about 4% right now. It won't take down Facebook or Google anytime soon, but as advertising grows across its platform, it'll be a nice boost to the company's sales.

Finally, Amazon is also a leader in the public cloud computing industry with more than a third of the market. Companies are increasingly relying on Amazon Web Services (AWS) for their web hosting and other cloud services, and that's pushed up Amazon's AWS sales 41% year over year in the most recent quarter. AWS' success has not only given Amazon a dominant position in cloud computing but is also a a key component of how Amazon makes its money.

Investors looking for a stock that will ride the next crash by benefiting from a growing array of diversified revenue streams should consider Amazon. The next time a market crash comes, Amazon's leadership position in e-commerce and cloud computing will help it bounce back, and its growing ad sales will help the company pursue new opportunities to benefit from.