Baidu's (NASDAQ:BIDU) stock recently plunged to a multiyear low after the tech giant posted decelerating sales, its first quarterly loss since its IPO, and guidance for roughly flat sales growth in the second quarter.

Baidu tried to smooth things over with a new $1 billion buyback plan that will last through July 1, 2020. That's on top of the $1 billion buyback it approved last June, which currently has $500 million left in the tank and expires at the end of June. 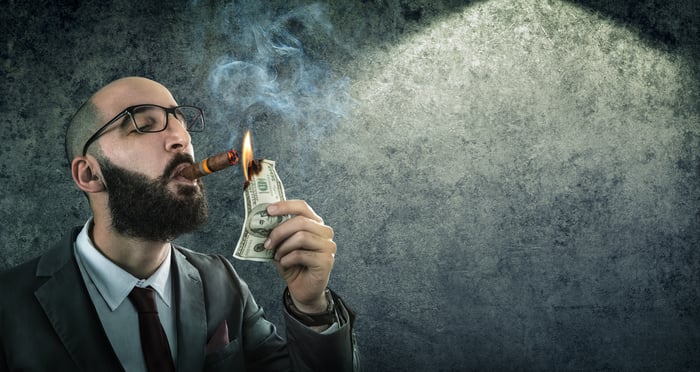 Buybacks are usually good news for investors, since they reduce the number of outstanding shares and tighten up a stock's valuations. However, I believe Baidu's billion-dollar buybacks are pointless for five reasons.

1. It's not enough to make a difference

$1 billion sounds impressive, but it only represents about 2% of Baidu's market cap as of this writing. Buying back all those shares would barely matter for a stock that's tumbled more than 50% over the past 12 months.

Baidu finished last quarter with 143.6 billion RMB ($21.4 billion) in cash, cash equivalents, and short-term investments. If it truly cared about boosting shareholder value, it would buy back a lot more shares.

Tencent (OTC:TCEHY), for example, recently approved the repurchase of about 10% of its outstanding shares. Tencent's core business is in better shape than Baidu's since it pivoted from its core gaming business toward the higher-growth fintech and cloud markets, so it's logical to repurchase shares as those new growth engines gain momentum. Baidu, however, offered investors a downbeat forecast and a buyback that barely moves the needle.

2. Spending U.S. dollars on a buyback

Baidu's core business is in China, so it generates nearly all of its revenues in RMB. The depreciation of the RMB against the U.S. dollar over the past year severely throttled its growth in USD terms. 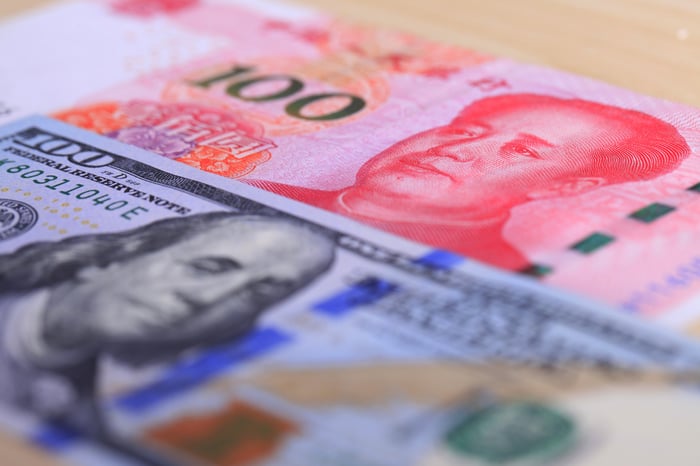 3. The last buyback was also pointless

Baidu spent $500 million on buybacks over the past 12 months as its stock was cut in half. In hindsight, that cash should have been allocated toward investments in its ecosystem, which includes the video streaming platform iQiyi (NASDAQ:IQ), the virtual assistant DuerOS, the short video app Haokan, the Apollo autonomous driving platform, Mini Programs for the Baidu App, and various cloud services.

Instead, Baidu essentially tossed that cash into the furnace as CEO Robin Li warned investors to prepare for slower growth and higher expenses as the company gradually evolved from a search company into a "platform company."

4. CDRs could still be on the table

Baidu stated that it was "evaluating a potential offering and listing" of CDRs, and that if the offering was approved, its total outstanding shares would rise since "any CDR offered will represent newly issued Class A ordinary shares of Baidu."

Baidu hasn't offered any CDRs yet, but it could still happen in the future. Therefore, the new buyback plan could merely be a safety net to offset any dilution from a future offering.

5. The stock is already ridiculously cheap

Companies often repurchase shares to convince investors that their stocks are cheap relative to their growth potential. However, Baidu trades at just 11 times forward earnings as of this writing, which is less than half the forward P/E ratios of Tencent and Alibaba (NYSE:BABA).

At this point, investors don't need a buyback to indicate that Baidu is trading at bargain basement valuations. Instead, Baidu should reinvest that cash into its core businesses so it can grow again and justify a higher valuation.