Please ensure Javascript is enabled for purposes of website accessibility
Free Article Join Over 1 Million Premium Members And Get More In-Depth Stock Guidance and Research
By Leo Sun - May 21, 2019 at 7:45AM

The two video-game console rivals set aside their differences for the moment and set their sights on Google's Stadia.

Sony's ( SONY 0.14% ) PS4 and Microsoft's ( MSFT 2.11% ) Xbox One are fierce rivals in the console gaming market. That's why it was surprising when the two companies recently partnered to produce new cloud-based gaming and content streaming solutions.

As part of the agreement, Sony and Microsoft will jointly develop new cloud solutions and developer tools for Microsoft's Azure, the second-largest cloud infrastructure platform in the world. Sony will also host some of its game and media streaming services on Azure. 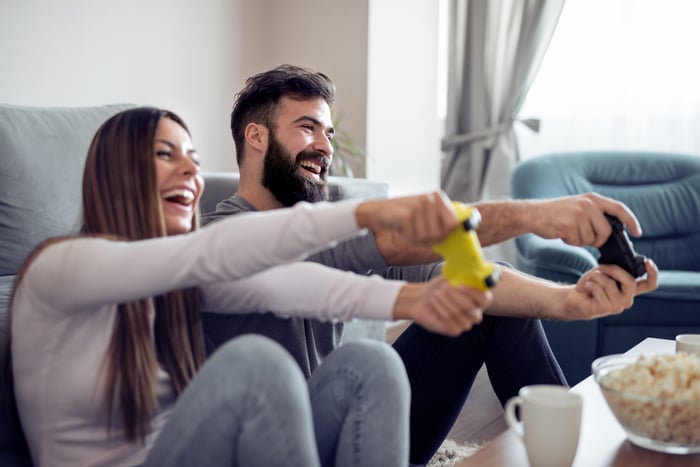 Stadia, which will launch later this year, could disrupt the entire gaming console market by hosting games on a single streaming app structured like Netflix. Therefore, Sony and Microsoft are likely teaming up because they see Google as a common threat.

Both companies relied on stronger software and subscription sales to offset softer demand for their aging consoles, which were both launched in late 2013. Sony has shipped nearly 100 million PS4s since then, while Microsoft remains in a distant second with about 40 million Xbox Ones.

Console cycles generally last five to seven years. Sony and Microsoft both upgraded their consoles with better hardware in 2016 and 2017, respectively, but most gamers expect the PS4 and Xbox One era to end by 2020.

The arrival of cloud-gaming services like Stadia could toss a wrench into that upgrade cycle. In the past, gamers usually bought gaming consoles because they were cheaper than gaming PCs or offered exclusive games. But if Stadia and other cloud-gaming services stream games onto cheaper platforms, consoles could be gradually rendered obsolete.

Sony and Microsoft are getting ready for that shift 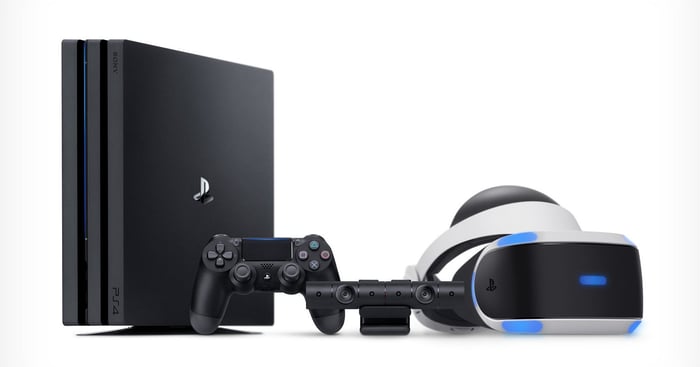 However, it eventually narrowed the market to Windows PCs and PS4s. It currently streams over 750 PS2, PS3, and PS4 titles to those platforms for $20 per month, $45 per three months, or $100 per year. It also recently allowed PS4 gamers to download PS2 and PS4 titles instead of streaming them.

Microsoft offers a service called Xbox Game Pass, which offers unlimited downloads of over 100 Xbox 360 and Xbox One titles for $10 a month. It's also developing a separate cloud-gaming service, Project xCloud, to compete against Stadia and PS Now.

Those steps into the cloud-gaming market don't indicate that Sony and Microsoft are ditching consoles. Sony already revealed some technical specs for the PS5, and Microsoft could reportedly launch two successors to the Xbox One -- a cheaper version designed for cloud games and a higher-end one that will challenge the PS5.

Why a team-up makes sense

Sony and Microsoft won't halt their gaming rivalry anytime soon, but the new partnership is a win-win deal. By moving its streaming services to Azure, Sony can scale up those businesses with reliable connections -- although it didn't specifically mention PS Now in the announcement.

For Microsoft, the partnership feeds the growth of its massive commercial cloud business, which generated 41% year-over-year sales growth last quarter and accounted for nearly a third of its top line. Introducing new cloud-based game development tools on Azure could also make it easier for developers to develop games that run on both PS Now and Project xCloud.

It could also pave the way for more cross-platform play between Sony and Microsoft's consoles. Sony blocked its PS4 gamers from playing multiplayer games with other platforms until late 2018, when it finally opened the doors for Epic Games' Fortnite. If Sony and Microsoft both host their cloud-based games on Azure, it could be easier to introduce cross-play and lower the barriers between the two ecosystems.

This partnership won't move the needle for Sony or Microsoft anytime soon. However, it indicates that both companies know their futures are tethered to the cloud and that they plan to shield their gaming businesses from disruptive threats like Stadia.