Yes, there have been several high-profile IPO flops this year, notably those of ride-sharing giants Lyft and Uber.

But if we zoom out a bit, we can see that in this busy year for new stocks, freshman issues have actually done pretty well. According to IPO specialist Renaissance Capital's Renaissance IPO Index, new issues have collectively risen by more than 32% so far this year, against a comparable 13% increase for the S&P 500. There are numerous reasons for this; three of them are the success of these stocks -- the best-performing IPOs of 2019 to date. 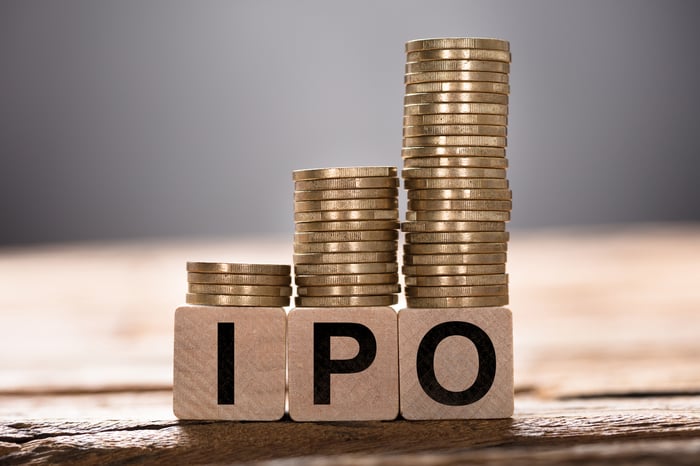 Over the past few years, some of the top IPO performers have been companies in the medical sector. One recent example is our No. 1 IPO for YTD 2019, ShockWave Medical (NASDAQ:SWAV).

The company is a medical device maker that is focused on the cardiovascular segment. It's still at a fairly early stage, and as such has yet to turn a profit. Nevertheless, its revenue growth is hot, with a more than fivefold increase from Q1 2018 to the same quarter this year (although we're not talking vast piles of money here; the latter number was $7.3 million).

ShockWave Medical's products are designed to address two disease categories: peripheral artery disease and coronary artery disease. The company has not yet received Food and Drug Administration approval to sell its coronary artery disease items in the U.S. It aims to get this FDA green light within two years or so. It seems investors are bullish on this prospect -- if realized, it could really put some zip in that revenue figure.

ShockWave Medical's stock most recently closed nearly 242% above its March 7 IPO price of $17 per share.

Beyond Meat (NASDAQ:BYND) is the IPO that breathed life into the new-issues market following the steep dive of Lyft shares. Beyond Meat started trading on May 2, shortly after Lyft's stall, and has been a hit stock ever since.

The company is the first "alternative meat" food producer on the public markets. I believe this first-mover advantage, plus the general excitement about food that tastes like beef, chicken, pork, etc., without the need to use actual animals, are driving interest in this stock.

That said, the company is still not profitable. A good presence in grocery stores and various restaurant chains is encouraging, and Beyond Meat continues to ink deals -- most recently with Restaurant Brands International's Tim Hortons, which as a pilot project is offering the company's "sausages" in three new breakfast sandwiches.

Anyone unlucky enough to try to conduct a videoconference in the old days can be encouraged by the success of Zoom Video Communications (NASDAQ:ZM). The company's anchor product, its videoconferencing software, gets good marks for its ease of use and good, consistent quality.

The software is free to use on a limited basis; from there, Zoom Video sells a range of related products and services -- a classic utilization of the "freemium" sales model. This has put the zoom in Zoom Video's sales -- the company's top line nearly quintupled from fiscal 2017 to 2019, landing at $330.5 million in the latter year.

And unusually for a recently founded tech business, the company has landed in the black. In fiscal 2019, it flipped to a bottom-line profit of $7.5 million, from a loss of $3.8 million the year before.

Good times seem to be ahead for Zoom Video -- data shows its customers are spending more on its services. As videoconferencing becomes more popular, and the company widens its slate of offerings, it has a fine chance of building on that positive momentum.