Please ensure Javascript is enabled for purposes of website accessibility
Log In Help Join The Motley Fool
Free Article Join Over 1 Million Premium Members And Get More In-Depth Stock Guidance and Research
By Lou Whiteman – May 22, 2019 at 4:32PM

Shares of Skyline Champion (SKY -1.08%) climbed 13.9% on Wednesday, after the manufacturer of modular homes reported quarterly results that suggest the company is performing well following a major acquisition last year.

On Tuesday after the markets closed, Skyline Champion reported fiscal fourth-quarter earnings of $0.26 per share on revenue of $327.7 million, beating the $0.20-per-share consensus earnings estimate despite falling short of the $344.22 million in expected sales. The company was created last June through a merger between Skyline and Champion Enterprises, which created the nation's largest publicly traded factory-built-housing company. 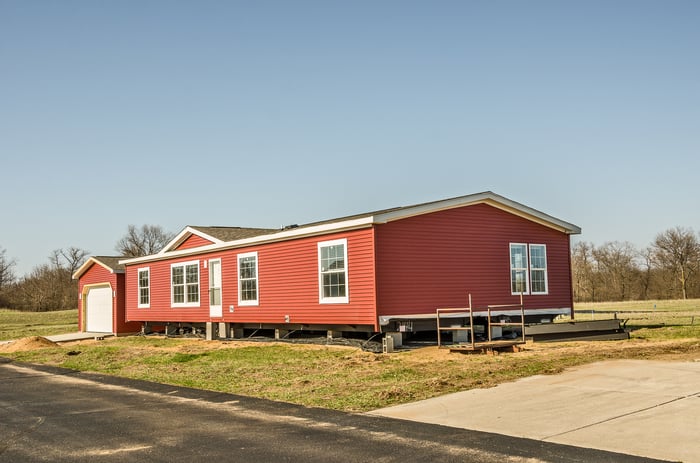 Net sales in the quarter grew 23% year over year, and U.S. sales led the way with 35% growth. Skyline Champion reported both a 15% increase in total number of U.S. transactions and a 17% increase in average selling price, as a result of strong demand and favorable product mix. In Canada, sales fell 17% because of a decline in homes sold.

CEO Keith Anderson, on a post-earnings call with investors, said the manufactured-housing market in recent years has grown faster than the broader housing industry. He added that the company expects growth to continue into the new fiscal year:

Consistent with our previous comments, we remain positive on the outlook for manufactured housing industry, as we see significant runway for continued growth. Industry volumes remain well below the long-term averages, and new financing options are becoming available and are slowly helping close the gap with those historic trends.

Skyline Champion ended the quarter with a backlog of $143 million, down slightly from $155 million a year prior, but the company says the current total is higher quality because it doesn't include inflated orders for lower-margin Federal Emergency Management Agency residences.

Based on the stock reaction, investors seem to believe Skyline Champion is building on a solid foundation.