Alphabet's (NASDAQ:GOOG) (NASDAQ:GOOGL) Google pivoted its restrictive position on Huawei's Android license just days after the Trump Administration placed Huawei on an "entity list," or a list of companies that can't buy U.S. tech products without the government's approval.

Shortly after Google stated that its version of Android (which includes Google services) might not be installed on Huawei's future products, the company announced that the Google Play Store and its security features will continue running on existing Huawei devices for at least the next 90 days. Huawei devices using the Android system will also be sent software updates to keep programs up and running until at least mid August, a Tuesday report indicates. 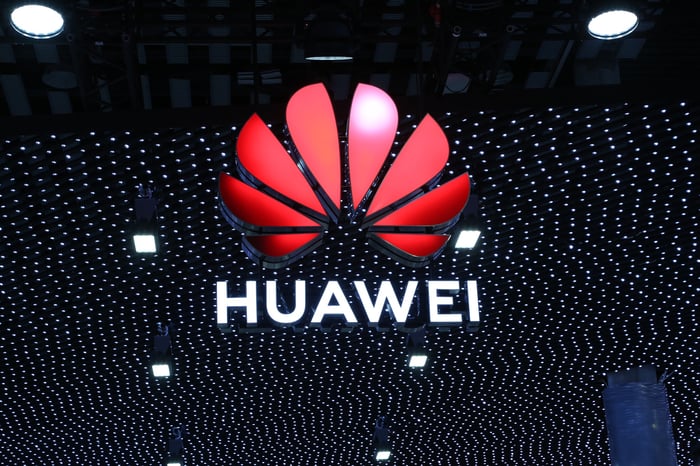 The Trump Administration, which has been in the middle of the ban as trade tensions reach a fever pitch, claimed the 90-day delay was needed for companies to complete software updates and fulfill contractual obligations, but that only deals signed before May 16 would be honored.

In other words, nothing definitive has yet been decided about Google and Huawei. If they fail to meet an agreement, both companies face far-reaching consequences that could significantly alter the Android market. If the ban never goes into effect, neither company may feel a tangible pinch from ongoing U.S.-China trade tensions.

What a ban could mean

The announcement of a potential ban stunned users of Huawei's smartphones, which accounted for 19% of the global smartphone market in the first quarter according to IDC. That put it in second place after Samsung (NASDAQOTH: SSNLF), which controlled 23% of the market.

While its 28% control of the smartphone market in China wouldn't be affected since Google's services are blocked in China, Huawei also controlled nearly a quarter of Europe's smartphone market at the end of 2018, according to Canalys, and nearly 12% of the Latin America market. If Google decides to go through with a ban, it could cripple Huawei's business in those regions as consumers flock to Android phones with integrated Google features.

Huawei has already been preparing for that worst-case scenario by building its own first-party ecosystem within Android, which includes its own Android app store, AppGallery, cloud backup services, and a voice-activated virtual assistant. 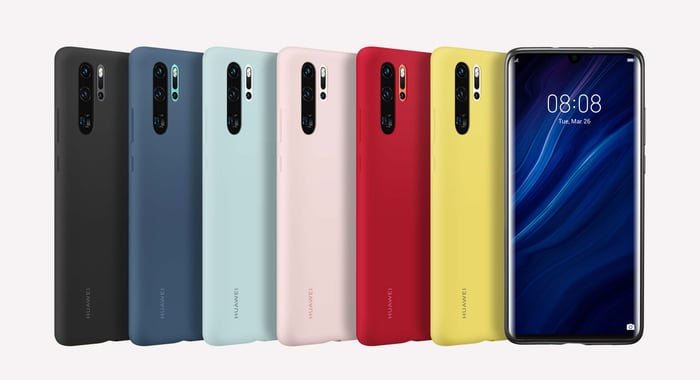 But Huawei wouldn't be the only party affected by a potential moratorium on cooperation. Google's primary source of revenue from Android is Google Play. As the world's second largest maker of Android phones, Huawei's users in Europe, Latin America, and other markets likely generate a significant amount of revenue for Google Play.

Google doesn't disclose its Google Play revenue separately, but Sensor Tower estimates that the app store generated $24.8 billion in revenue in 2018, which would account for about 6% of Alphabet's top line last year (after factoring in the company's 30% cut of app store revenues). That figure could decline significantly this year if Google cuts ties with Huawei.

The European Union also recently blocked Google from pre-installing its first party services on Android devices for free on antitrust grounds. Smartphone makers that want to license Google's apps now need to pay licensing fees (up to $40 per phone) -- which leaves it vulnerable to companies like Samsung, Huawei, or Microsoft, which offer replacements for many of Google's core apps.

In other words, Huawei was already evolving into Google's rival on Android phones, but a ban would force Huawei to accelerate its efforts. It could also encourage other Chinese smartphone makers like Xiaomi, which has a significant share of the European market, to reduce their dependence on Google.

To ban or not to ban?

Though talks of a ban seem to have cooled off at least for now, the Trump Administration is no stranger to placing restrictions on Huawei. It already barred U.S. government agencies from buying its networking hardware over national security concerns, and it's reportedly mulling the expansion of that ban to U.S. telecommunication companies.

However, talks of a ban are likely another strategic move in the ongoing trade war, and the 90-day delay indicates that the ban might be reversed (like the ban on ZTE) if a trade deal is reached. Therefore, this may seem like dire news for Huawei and Google, but 90 days is a long time, and the situation may likely be resolved easily before any real damage is done.