Poor results were expected due to what management has characterized as temporary issues in its gaming and data center businesses.

Earnings releases, however, only tell part of the story. Management's comments during earnings calls often contain key information about a company's prospects and strategy. Here are three things from NVIDIA's Q1 call that you should know. 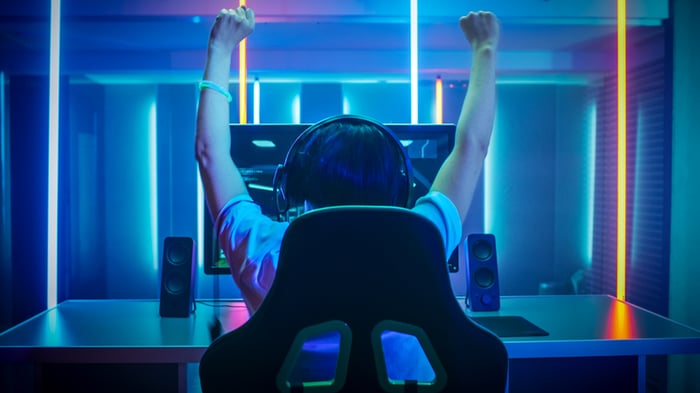 1. Gaming is expected to normalize between Q2 and Q3

Gaming's results were terrible for the second consecutive quarter, with revenue plunging 39% year over year to $1.06 billion, though revenue did rise 11% from the previous quarter. Light is at the end of the tunnel, however, according to the company's management. From CFO Colette Kress' remarks:

Too much inventory in the company's sales channel following the cryptocurrency market crash last year has been a main factor in gaming's woes. NVIDIA's graphics cards for the gaming market were being used by some folks to "mine" certain digital currencies, such as Ethereum.

The company is making progress on driving demand for its new Turing graphics cards, management said. In the previous quarter, sales of these cards were somewhat soft, though this was due in part to the fact that only high-end cards had been released at that point.

Despite gaming's poor results, the platform had some bright spots, with the laptop business a beacon. From Kress' remarks:

That said, she added that the "CPU shortage -- while improving -- will affect the initial ramp of our [gaming] laptop business." Huang added that the gaming laptop space is "the fastest-growing segment" of the consumer PC market. He attributed the company's success in this market to its creation of Max-Q last year:

The new category of gaming notebooks that we created called Max-Q has made it possible for really amazing gaming performance to fit into a thin and light [form factor]. ... [The gaming laptop market] is very largely underpenetrated because until Max-Q came along, it wasn't really possible to design a notebook that is both great in performance and experience and also something that a gamer would like to own [from the aspect of carrying it around].

In the first quarter, data center's revenue declined 10% year over year and fell 7% sequentially to $634 million. Falling revenue was largely due to a "near-term pause in demand from hyperscale customers" as they were "digesting capacity" after taking on too much capacity in the second half of last year, Huang said.

Nonetheless, there were some significant positives in the platform, including sales for inferencing applications, as Kress discussed:

[I]nference revenue was up sharply both year on year and sequentially with broad-based adoption across a number of hyperscale and consumer internet companies. ... Amazon and Alibaba joined other hyperscale [companies] such as [Alphabet's] Google, Baidu, and Tencent in adopting the T4 [Tesla 4, data center's new Turing architecture-based GPU] in their data centers. A growing list of consumer internet companies is also adopting our GPUs for inference including LinkedIn, Expedia, Microsoft, PayPal, Pinterest, Snap, and Twitter. The contribution of inference to our data center revenue is now well into the double-digit percent.

Inferencing is the second of the two-step process of deep learning -- a burgeoning type of artificial intelligence, or AI -- that involves machines applying their training to new data. (The first step is training.) NVIDIA's GPUs dominate the market for deep learning training, but it's only been recently that they've made inroads into inferencing, where CPUs still reign. As recently as the second quarter of fiscal 2018, Huang said, the company did "0% of our business in inferencing."