Changes to the IRA system haven't been made since 2006, but the House of Representatives just passed a bill that, if passed by the Senate and signed in to law, would have significant effects on your retirement options in 401(k) and 529 plans. But don't worry, the bill is mostly aimed at relaxing rules to give citizens more choice in how they reach their retirement goals.

IRAs, or Individual Retirement Accounts, are retirement accounts that offer tax advantages for savers. With a traditional IRA, savers can deduct contributions to their IRA from their taxes today. Upon retirement, withdrawals are taxed at regular income tax rates, with the thinking that workers usually move to a lower tax bracket in retirement than in their working years. Roth IRAs do not give tax breaks for contributions, but withdrawals are generally tax-free in retirement. With important exceptions, a person is only eligible for withdrawals from an IRA after age 70 1/2, at which point they are required to take money out in mandated by Required Minimum Distributions, or RMDs.

Here are the changes proposed in the House bill. 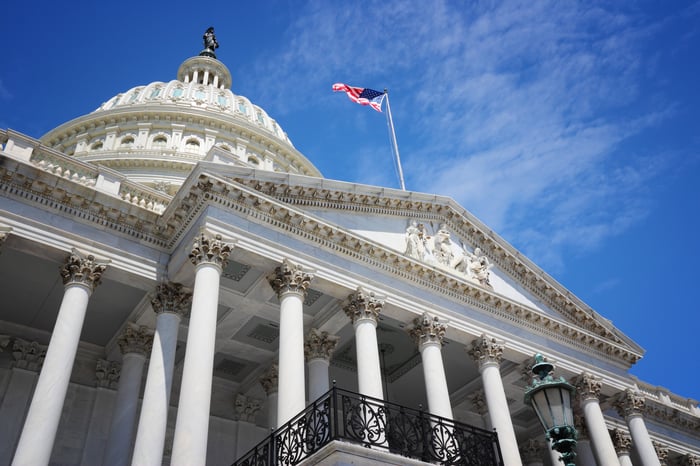 Secure Act: Setting Every Community Up for Retirement Enhancement

The House bill, named Setting Every Community Up for Retirement Enhancement, or the Secure Act, would expand the options available to retirees and extend the age requirement for taking withdrawals and making contributions.

The law would allow citizens to make contributions beyond the current limit of 70 1/2, and it would also increase the age at which citizens would be required to take withdrawals to 72, up from 70 1/2. Clearly, legislators are aware that some people may not begin saving until later and that increasing life expectancy may make these extensions necessary.

Another important feature of the bill is that IRAs may start offering more annuities, which guarantee the account holder regular income for as long as the person lives. This may be an attractive option for retirees who aren't aware of their spending and who desire the security of guaranteed payouts, safe from market fluctuations.

Other measures include a requirement for employers to disclose to employees how much their current savings today will translate into monthly spending in retirement, increasing transparency to workers so they can better manage their retirement planning.

One of the more important provisions in the bill is a new benefit for part-time workers. The new bill would allow employers to offer longtime part-time workers access to 401(k) plans, which is becoming increasingly important in today's gig economy. It would also allow small businesses to band together more easily to offer plans under a single administrator, which is intended to lead to more 401(k) plans for workers at small businesses where it hadn't been offered prior.

The bill also has more optionality for parents, who would be able to withdraw up to $5,000 from 401(k) plans after the birth or adoption of a child, and the bill would also allow withdrawals of $10,000 from 529 plans without penalty in order to repay student loans.

Finally, the law also does away with something referred to as the kiddie tax, in which children from low- and middle-income families are hit with unexpected taxes after inheriting 401(k) plans. This especially affects military families, and the repeal of the tax for military families also helped the bill soar through the House by a huge 417-3 majority.

Will it become law?

According to the Wall Street Journal, the bill is widely expected to pass the Senate and be signed into law by President Trump. One hurdle may be the provision by which the plan pays for itself. It entails that those who inherit retirement accounts after the death of a parent withdraw plans at a faster pace -- within 10 years -- and pay the associated tax. Previously, inheritors of plans could stretch out withdrawals over their lifetimes.

While Republican lawmakers are often hesitant to pass increased taxes on those who inherit wealth, given the overwhelming majority by which the House bill passed, it's reasonable to expect most of these provisions will eventually become law. Once they do, check in with your employer or plan administrator to see the new options available to you.