Please ensure Javascript is enabled for purposes of website accessibility
Log In Help Join The Motley Fool
Free Article Join Over 1 Million Premium Members And Get More In-Depth Stock Guidance and Research
By Auri Hughes - Updated May 24, 2019 at 1:38PM

Who doesn't want to buy a great product -- or a great stock -- at a bargain price?

Who doesn't want to buy a great product -- or a great stock -- at a bargain price? Management at extreme discount retailer Ollie's Bargain Outlet, Inc. (OLLI 1.36%), knows this, as exemplified by their slogan, "Good Stuff Cheap." And the company's financial strength, pricing power, sustainable earnings, and "army" of dedicated shoppers add to its appeal. So, should investors snap up shares of Ollie's before they disappear like its constantly changing discount merchandise? Not immediately. Here's why. 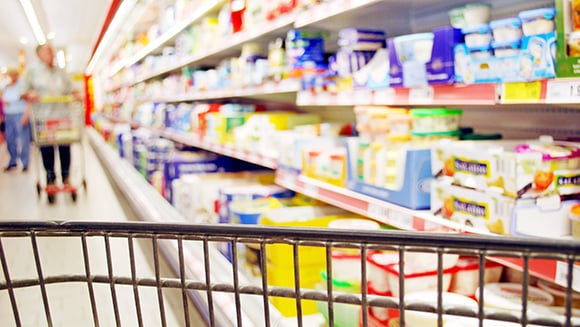 With more than 300 stores across 23 states in the eastern half of the U.S., Ollie's purchases its inventory opportunistically (and cheaply) from wholesalers, manufacturers, distributors, brokers, and other retailers that are going bankrupt or have extra stock (think discontinued or prior-year products) to unload. Because of this, Ollie's offerings are limited and not guaranteed to be available on a customer's next visit, creating a sense of urgency and a treasure-hunt shopping experience.

Ollie's sells housewares, food, books and stationery, bed and bath products, health and beauty aids, and electronics and toys. Brand-name products make up 70% of sales, while the rest come from unbranded private-label merchandise. Products are sourced by an experienced 16-person merchant team, and Ollie's has long-standing relationships with hundreds of major suppliers.

Store metrics are attractive. Average sales per store fall between $3.9 million and $4.3 million, or about $130 per square foot. That's lower than peers Target (TGT 4.33%), at $300; Walmart (WMT 2.13%), at $430; and Dollar General (DG 13.71%), at $200, a reflection of Ollie's lower prices. That said, Ollie's is more profitable on an operating income basis, achieving higher margins with inconsistent product selection whereas its peers opt for consistent offerings with lower margins.

The company's financial strength over the past three years is apparent in its year-over-year revenue growth of 15.3%; comparable-store sales have also been strong, ranging between 3.2% and 4.2% between 2015 and 2018, though management anticipates this will contract to between 1% and 1.5% going forward. Gross margins for the period were relatively high at just more than 40%, beating out all of Ollie's closest peers, and the balance sheet is strong, with $51 million in cash and no long-term debt.

Management is very aligned with shareholders. Mark Butler, who serves as chairman, president, and CEO, co-founded Ollie's in 1982 at the age of 23 and remains the primary leader on the purchasing team. Butler currently owns 13% of the shares outstanding, and he has been greatly rewarded as a shareholder. I like that his salary is made up of both base and incentive pay, and that the incentive portion is determined by annual adjusted EBITDA targets. If Ollie's doesn't reach a threshold of 85% of targeted adjusted EBITDA, no bonus is paid out, while the maximum is received when 115% of the target is met. In this way, executive success is linked to company success. The board of directors is also very strong, with leadership from executives with notable retail experience. Many directors also hold considerable portions of shares.

Ollie's primary competitive advantage stems from its pricing power. Usually, pricing power is dictated by a company's ability to continually raise prices, but Ollie's advantage lies in its ability to offer branded goods at heavy discounts. Management boasts that Ollie's prices are up to 70% lower than at department stores and up to 50% less than at mass-market retailers. A KeyBanc analyst tested this claim across 32 items and discovered that prices were on average 42% cheaper than at Amazon -- a major value-add for a brick-and-mortar retailer in the modern age.

Ollie's has also demonstrated the ability to win shoppers' allegiance with its customer loyalty program, Ollie's Army, which consists of 9 million members (approximately 30,000 per store) -- a base that grew by 8.7% in 2018. Ollie's Army members generated 70% of sales that year, and they spend approximately 40% more per shopping trip than non-members. This success demonstrates Ollie's ability to obtain recurring revenues; Army members not only spend more per ticket but will drive further distances to visit a store.

So why haven't I told you to buy Ollie's already? Because the stock is currently trading above fair value -- its actual worth based on its future cash flows. The price right now may be driven by an overall buoyant market, in addition to investors' belief that Ollie's may eventually open even more stores than it's guiding for.

Ollie's presents a unique value proposition compared with its closest peers, offering brand-name or high-quality products at drastically discounted prices, and it would make a delightful addition to any GARP (growth at a reasonable price) or value investor's portfolio -- but not at a premium cost. Take a lesson from Mark Butler and don't overpay for a good thing. Instead, wait for a drawback to at least $80 (shares traded as low as $61 on the last major market decline in December 2018) and then bring this bargain home.