Chinese social media specialist Weibo (NASDAQ:WB) reported first-quarter earnings on Thursday, May 23. The company delivered solid results in this period but set the guidance bar low for second-quarter revenues. Here's a closer look at Weibo's results and how management hopes to reverse this slowdown in ad sales. 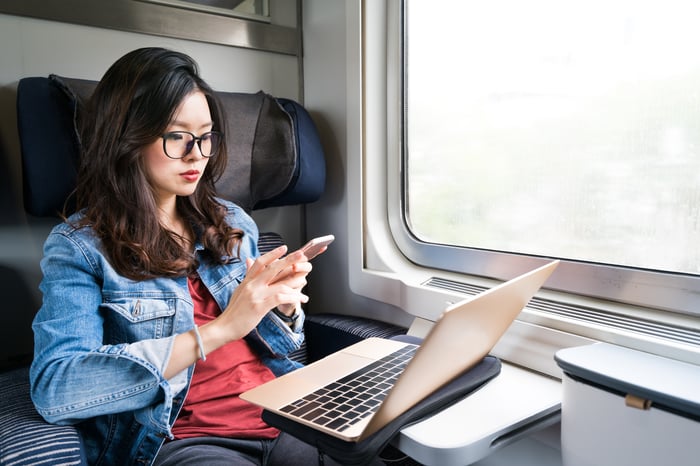 For the second quarter, Weibo's revenues are headed toward roughly $432 million -- approximately 9% above the sales seen in the same quarter of 2018. Management pointed out that the market for online advertising in China is experiencing a period of intense pricing pressure, since the incoming ad order volumes are slimmer than the availability of high-quality ad spaces. This effect is particularly pronounced in the small-to-medium business segment (SME), because smaller businesses in China are struggling under regulatory and macroeconomic pressure.

In the earnings call, CEO Gaofei Wang updated investors on how Weibo is addressing the troublesome supply-and-demand balance for SME ad sales. Mainly, rather than focusing on how to sustain Weibo's existing ad agreements, the company now provides generous incentives to new customers in order to replace lost deals with entirely new ad sales. The effort has already started to pay dividends: "If we revisit the all monthly figures, we believe the revenue growth for SME hit the bottom for the months of February, March and April. We -- relative meaningful rebound in May, even though we continue to experiencing price decline in our ad service," Wang said.

At the same time, Weibo needs to follow up on these brand-new accounts in the coming quarters: "Since 2019 Q1, we saw higher percentage of revenue coming from new customers as their spending also continued to increase in Q2," Wang said, adding,

But it will take a while to see meaningful ARPA to go up for those new customers. So this is quite typical as new customers generally have low [average revenue per account] in the initial stage. So for us in the coming quarters, our next step is to further work on our service and the targeting gradually to drive up their spending.